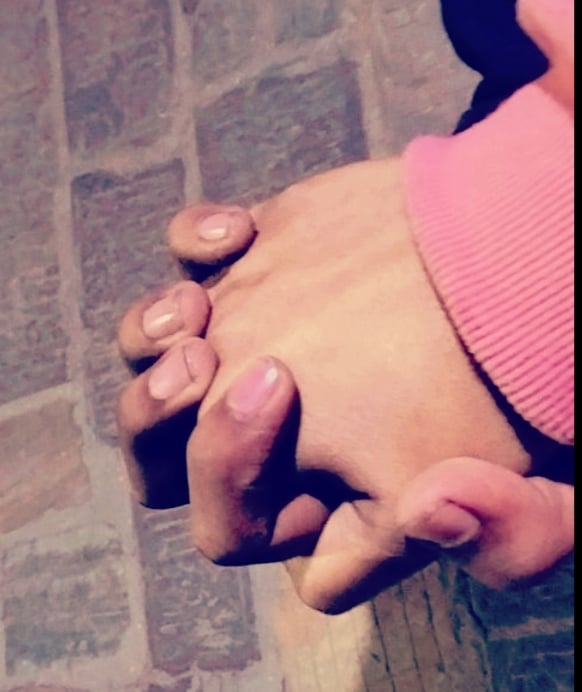 "....and I blocked her." This is how it all started. For whatsoever reason, just the next day of knowing her, texting her for the first time; I blocked her. It was that moment when I thought she is the most egoistic girl I have ever seen, I was so committed hating her and ensured, "Come on Ashok, You aren't talking to her." But who knew that the same girl would be so important to me after few months.

I bid bye to my school friends and was into college with new friends. I was freaking excited to share class with my new mates but sadly the pandemic hit my expectations and the classes were online. I couldn't meet my new friends but nevertheless I got to know some of them through Facebook. Well, the first step to friendship was so tough, I was so confused how do I start talking but the exchange of notes made it easier.
Everything was going fine, I was making new friends, was enjoying talking to everyone, until the day I texted her. For some reasons, I texted her, I thought, "One more friend on way, wow" but it wasn't as expected. We didn't have a proper chat and I blocked her. Just the next day of having a chat with her she was on my blocklist as I thought she was super-mean, super-rude and egoistic kind of girl so it was better for me to maintain a distance and this is how it all started.
Days passed, months passed and now the classes were physical. As the classes were going, I found out she was the topper from her school, and then the rivalry was on peak as even I was the topper of my school. We didn't talk to each other but still deep down, we truly were having unhealthy competition of beating each other. Few days later, I unblocked her from Facebook and the next day she texted me, we had a little of chats but that didn't change the thoughts of mine towards her. There was always a ego clash between two of us. It was so extreme that I shared about her with my friends and said, "It doesn't matter to me if I become 2nd last student in the class if that girl becomes last." The only thing that mattered to me was beating her.
And it was the time, we were onto the battlefield, OUR EXAMS !!
We were done with the exams, I was a little nervous as I had heard that she was a very studious girl from her friends, I feared what if she beats me. I still remember, the result was on Saturday and a day prior, the teachers even gave a hint that there is a tight competition for 1st rank between Ashok and the same girl which literally scared me to infinity. Friday eve, and I was on Basketball court, I could see a teacher walking by. I asked him if he has idea about the result and he responded, "Congrats, you are the first student and you beat her by 2 marks" , I was flying in my own world hearing that. My ego was on another level, I was going home with a smile . I was home, I changed and unlocked my phone, WHAT I SAW was a CONGRATULATIONS text from her. That made me more happy, I had taste of victory and superiority. She was so furious with the result that she even wrote my name on a paper and scribbled, scratched it to shower all her anger.

But few days later, from somewhere, I heard that she had cried because of the result. This kind of made me regret a little and I somehow had a soft corner for her for that moment. But still, we were moving ahead with our own life, we barely talked.

11th was done but not the ego between us. 12th started and it was online again. I still remember, I kept my ego aside for awhile and went to text her as it was her birthday. I wished her a very happy birthday and she too responded sweetly but soon she replied, "To be honest, I didn't expect you to wish me." This kind of hurt me but it was genuine of her thinking so as we were never nice to each other and always shared a egoistic bond.

But it was this day where everything changed, she said something that shook me; she would be the first one to wish me on my birthday, she promised. I wandered, we don't talk to each other neither we do have a good image for one another and still why she promised to wish first, why? This somehow changed my perception towards her. We were now having daily chats, and to some extent I was enjoying talking to her.

After few weeks, there are arrived my birthday and it was her; the first one to wish me. Things completely turned around from then. I was out with my friends on my birthday but i couldn't stop thinking about her. I was waiting to get back home and text her, talk to her. I was slowly falling for her and I was unknown about it. I used to lighten up whenever I received a text from her. I personally was enjoying talking to her and even she was. We were having daily chats, late-night never-ending talks, we were really getting close to each other, we were falling for each other. The relationship usually has a date when they propose each other. But it wasn't that with me, neither of us have proposed each other, we understood our unsaid words and we didn't realize when it all happened. We were already in ❤️.

It was the time of vacation, she was at her hometown and so was I but I desperately was waiting to meet her. Time truly changes, she was the one whom I literally ignored, hated a lot and now I was just hoping the days to pass by so that I could meet her. We still were talking to each other whenever we had time, there was no day when we didn't talk to each other, it was a daily routine.
Finally, it was the day, we both were returning back to Kathmandu and my excitement level was somewhere in the sky. And then, we met.....we met for the first time since the time we were in ❤️, I was nervous sharing the streets with her for the very first time, just her and me. But I was getting used to it as from no chats to daily talks to now we were meeting everyday. I was enjoying every second of my life whenever she was with me whenever we walked along the streets. She never let the smile on my face fade away. We barely talked in the classroom so I used to wait for the day to pass by so that I could text her, talk to her, meet her. The days were getting as best as it could get. Everyday with her was a new memory.
But, pandemic hit us hard, the classes are closed and its again online now. She is back to her hometown, and I miss the walks with her but still the daily talks with her always brings a smile on my face. I hope the days pass by as soon as possible, I am waiting for the day to meet her, share the streets with her again.

I regret for the fact that I was judgmental too early, without properly knowing her I completely took her the wrong way. She was never rude, she was always sweet, she never was mean and egoistic but always kind and loving. I regret that I wasted more than an year not talking to her with my undue ego. Nevertheless, I am thankful to my mind that it kept all the ego aside and moved forward to wish her as it was the time from which things started to change. I had never imagined the same girl whom I cursed during the start of session would be such an important part of my life. Being a part of her life for real makes me feel so blessed and for so many reasons, she is the one I would never dare to lose in my life.