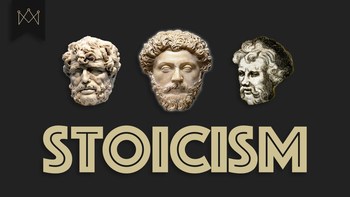 I get it, Life might be treating you roughly or some of you might be overwhelmed with what is happening with the world right now from riots to dead elephants to THE CORONA VIRUS!! Well you aren't alone and this isn't the only time that things like these are happening.The world is always finding up ways to overwhelm you with bad surprises and throw you off your bed into a giant cliff(At least it feels that way)If you are patient and read this article well enough it might just entirely change the way you perceive life as it has done to many known personalities like Theodore Roosevelt, Rene Descartes,Nelson Mandela. But  I assure you it won't be an easy job.

So lets see what Stoicism is:

Stoicism is a branch of philosophy that was founded at around 300 B.C/B.C.E in the city of Rome by the philosopher Zeno from Citium(He was not from Athens).We are  more concerned with what stoicism is rather than its history.

Basically stoicism is a way of life to deal with all that happens in our life and yet act based on rationale rather than emotion.It was designed to teach people  to deal with emotions especially negative emotions(basically a self-help philosophy).The stoics(follower of stoicism) used to believe in a something called the dichotomy of control.

I would like to put a quote by a great Stoic Epictetus from his book Enchiridion that perfectly describes the Dichotomy of Control: 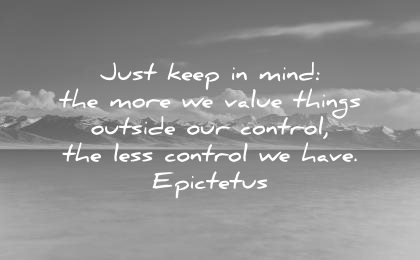 Now what does this mean to us and how do we apply it to our life?Well let me explain this to you by giving you a example.Well let's say someone gives you a rude personal comment for no reason at all(just like online fights in YouTube).Well you have two ways to react to it.Either you let that affect you and you get hurt OR you laugh it off and don't let it affect you.Now the rude comment you CAN'T control that but how you perceive that comment and your opinions towards that comment is what you CAN control.Now there a lot more situations in real life where you can apply this.

We really have to carefully think about the things that we can and cannot control.So what can we do to lead a good and virtuous life?.The Stoics believed in four main virtues that a person should work towards developing within themselves.

1.Wisdom :Now wisdom is not only limited to the vast academic knowledge that we acquire in our life but also knowing what is wrong and what is right,how to act in certain situations,what we ought to know and what we ought to be aware of.

3.Self-Control:If we don't have self control then we will just keep on searching for external things(money,sex,other people) that bring us happiness without realizing that true happiness remains within.Tranquility lies in  doing less.Now I don't mean you gotta be poor and starve yourself to practise this virtue.It's about knowing what is essential and meaningful to you and not asking any more.

4.Justice:It is the virtue that we must practice even though if it inflicts personal harm.Now,this is the most important virtue of all.As Marcus Aurelius said"What useful are such virtues that are only limited to self-interest.What good is wisdom if not used for others?What good is courage if not used for justice?We are not born for ourselves alone but for the greater good of humanity.Stoics believed in the oneness of all the substance in the world in a sense that we are all bees of an ultimate hive and whatever hurts the bee hurts the hive.

How can I practise Stoicism?

For those that have a longer attention span than a four year old might have finally made it to here.So,the important question lies ahead of us.I have talked about the all the cardinal virtues but still the question remains :"How do I practice Stoicism?".We have to be really careful when answering these questions because the Stoic philosophy is widely misinterpreted as a complete indifference to all the emotions going in our brain and just being calm even if there is injustice occurring to someone else because people think it's them who are being mistreated and there is nothing I can do. Actually there is something that you can do,there always is.In fact many stoics have lived by this very fact:Be virtuous not self-centered. 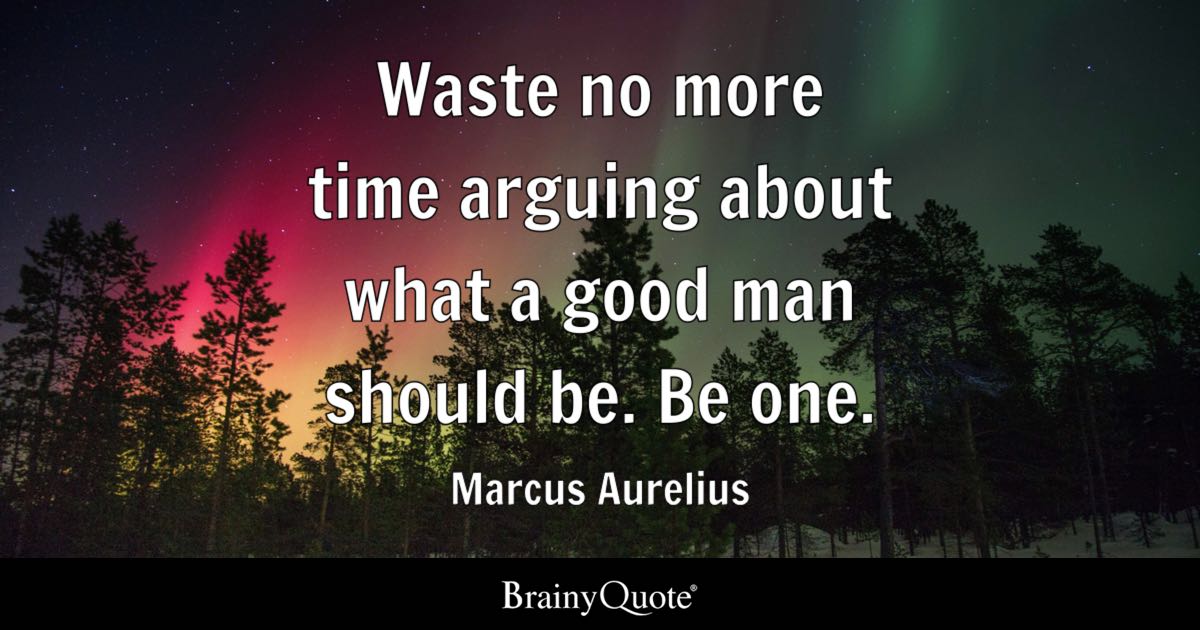 There are many ways to practice stoicism.The only relevant way for me to explain to you is by giving you as much examples as I can think of:

1. Practice Meditation: You all know what meditation is.Well while meditating try to review all of the things that you will be doing in the way,this way you are ready for what the day has to bring to you.In addition to that try to be calm as well while meditation.Try to be completely blank and think of nothing and no one, this will make your brain get used to the tranquility.

2.Physical Exercise: The stoic used to believe that the mind and the body were deeply interconnected.If the body benefited from  physical exercise then they believed that it would greatly benefit to the brain as well.Its research proven that exercise helps in creating new brain cells,helps in taking good decisions and also prevents any age-related decline of brain cells.

3.Journal: JOURNALING WILL CHANGE YOUR LIFE! From improving mental health to clearing out any lingering thoughts out of your head, it has lots of benefits .Almost all of the Stoic believers used to write about the day or write their thoughts in a piece of paper.

4.THINK: Think before doing any action with your body mainly while speaking to others.Before you react to any situation think what would the best version of yourself would do in that situation ,this method really helps a lot and before you judge someone based on their actions you should try to put yourself in their shoes.If you empathize then their actions might seem a bit justifiable.

5.Follow the Cardinal Virtues: Religiously follow the four cardinal virtues and try to apply them in your life.Be good to others,help the society,try to give more than you can give.

Now,you probably think Stoicism is not that complicated and not that hard .Initially being virtuous and calm and selfless might be quite an easy job but if you had forgotten its a way of life that means you have to keep on doing it.Now,to some readers this might seem like a hassle and think its the end of their happiness and start of their prison life once they start practising it.But let me try to convince you to be a part of this culture by the following points:

Why be a stoic?

1.Fearless,Confident and a TOTAL BAD ASS: When Nero ordered Seneca to kill himself.He did so without the fear of death and when he saw his wife weeping he said"What need is there to weep over parts of life,the whole of it calls for tears" which basically means Shit happens girl,deal with it.At the time of death showing such bravery means Stoics were total BAD ASSES!!

2.Better Decisions:The way that stoics used to think: calmly and without judgement is the reason why stoics used to make such good decisions.They are better thinkers than rest of the population.

3.Complete control:Stoics have complete dominance over their thoughts and their body so that means different health benefits ranging from better circulation to improvised body functioning.

4.Acceptance: Whatever life gives you lemons or a whole lot of bad luck ,you will better be able to accept whatever comes at you.This means that you are better able to handle grief ,misfortune and even death.

At this hectic time this philosophy has become relevant more than ever.This article is just a beginning.To be a Stoic you have a lot of work to do still. 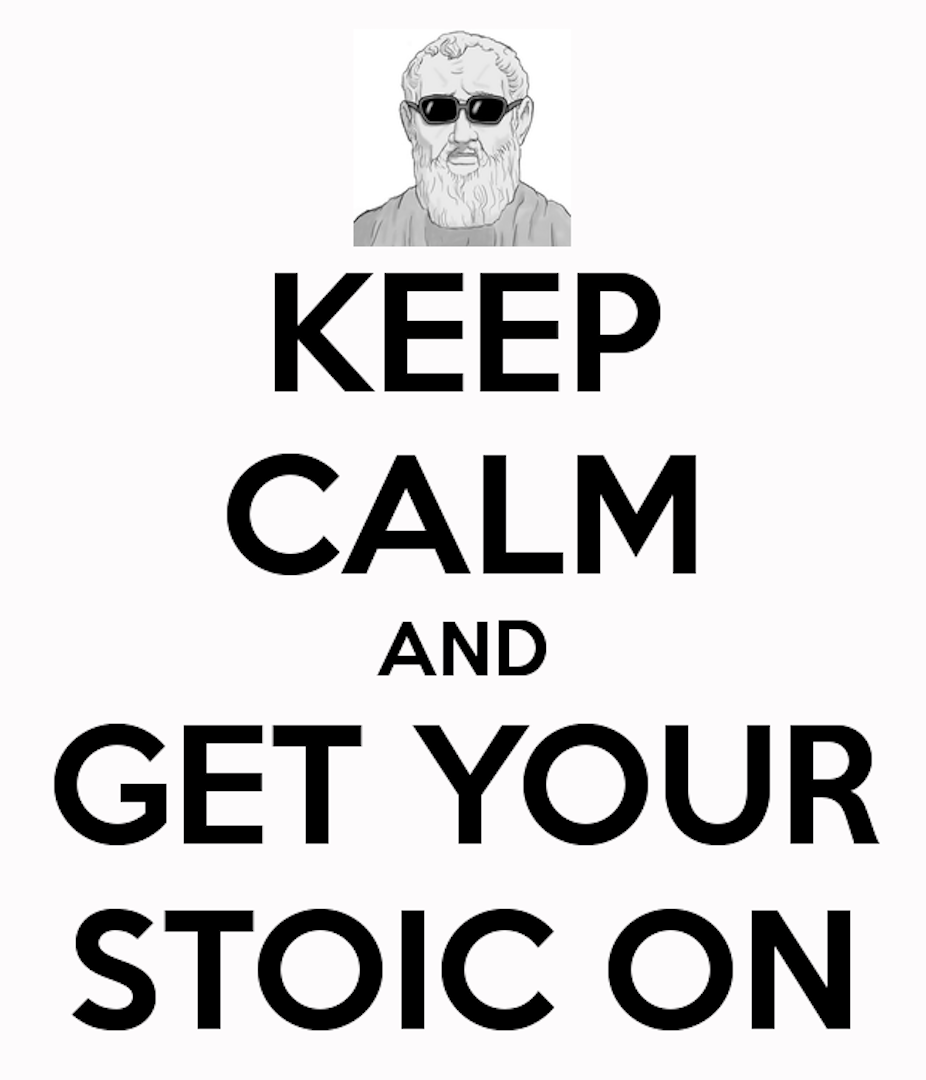 Rojin Dumre asked over 1 year ago