On knowledge and the element of truth 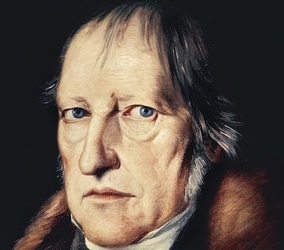 Seeking of truth requires you to know in what form truth exists. Setting aside the inherent difficulty present in such a journey, knowing the form of truth also tells how to go about knowing the truth? It is not that you are looking at the right or the wrong place. Assuming a place is like stating an aim. An aim is a void. An aim is a bare assurance of truth. Whatever we may say about the truth (a definition, a general statement, etc.), it will never be as close as knowing the truth because truth exists in the form of universality comprising several concepts and ideas. Truth is a "whole”. To put it simply the truth is a bag containing a lot of truths, so knowing of the truth doesn't exist in talking about such generalities of truth but in the actual process of knowing.

Expressing the truth in an aim or a word appears to contain the truth within itself and which deems the process of bringing the truth "unnecessary”. Further this "right" and "wrong" is like "agreeing" and "disagreeing”. This is an irrelevant concern. The more one is obsessed with right and wrong the more they are likely to reject a lot of philosophical propositions we have hitherto obtained. This is the obsession of the philosophers with themselves where they keep the philosophy they like (or consider true) with themselves and cast off others as less important flower is obtained from a bud and fruit is obtained from the flower. From the perspective of the aforementioned philosopher, we might pick a favorite. Let's say flower. Well, what's the point of bud then? Or the fruit? This lacks an adequate illumination. Can’t the fruit at the same time be looked as an organic unity of the other two? So that they won't contradict and stand as being necessary for each other.

The seeking of truth has become popular among practitioners of "mindfulness" and "spirituality" these days. The mystic approach, the craving for a sudden epiphany, the hope for “mysterium tremendum et fascines” are very popular. The only form the truth can exist is in the conceptual form, which is the proper form of philosophy and not in the intuitive form these "spirituality" preachers assume it to be. The idea that truth is to be felt and it cannot be expressed through discursive knowledge is a very pretentious snobbery. It’s like saving yourself a lot of work while maintaining your "love of knowledge". If we look at the different cultures throughout history, the act of rising from the immediate dogmatic life and becoming cultured has always been through- being aware of the present life then applying certain tools and techniques of questioning then reaching to a certain set of ideas and using such ideas to compare the immediate life mentioned earlier. Only from such a tedious task culture is formed.

Why is this "craving" so popular? Because it is satisfying. The craving is very satisfied with talking about spirituality and mindfulness. While it is very ungenerous in giving proper concepts about such intuitive, to-be-felt knowledge. Statements like "I am intuitive", "I am not really discursive", "I am not a linear-thinker"(implying they are creative) are easier to say than actually unfolding their propositions (if there are any).These kinds of thinking serve no purpose other than feeling good about oneself and we must be aware of these lucrative satisfactions.

Rejecting the "intuitive" knowledge seems to be carrying the same dogmatic assurance, the above paragraphs have opposed so far. So rather than rushing to claim such intuitive knowledge is false, we must think of now as a proper time where we rise above these forms of knowledge we have practiced in the past and work towards establishing a scientific form of knowledge.

We looked up to the heaven, to the godly figures for truth and divinity because we were sick of mankind obsession with material world or maybe we couldn't trust anyone but now is the time that we must stop dwelling on those abstract world and return back to here, now and conceptualize truth. Also, there is the possibility that we can swing back and forth between these two different worlds to gestate our knowledge.

Ishan asked about 2 years ago

So this article is basically about a practical way of finding the truth rather than wandering into the abstract world.Right?

Rojin Dumre answered about 2 years ago

conceptualizing the truth,in hegel's term. A lot of philosophers(like descartes' three kinds of ideas) in his time (and a lot of mindfulness practitioners these days)believed a higher form of truth(or knowledge) exists which cannot be articulated but is to be intuited and felt.Hegel didnt consider this to be scientific.you can never know if your intuition is true or its just you making the stuff up.