Weight of a body is less in the mines. Why?

The weight of a body is less in the mines because when we move deeper the earth gravity decreases but our mass is always constant.

What is gravitational force? Write its SI unit.

Gravitational force is the force of attraction by which a body is attracted towards the center of the earth or any other havenly bodies if the body is on or near the surface.

a. Universal gravitational constant:
G is defined as the force of attraction between two bodies of mass 1 kg each kept at a distance of 1 m apart from their centers.

d. Freefall:
When a body is falling...

a. Gravitational constant (G) and acceleration due to gravity (g)

b. Gravity and gravitational force.

What is gravity? Write down its SI unit. Write down any three effects of gravity.

The force of attraction of any heavenly bodies by which any bodies on its surface is attracted towards its center is called gravity.Its SI unit is Newton (N).

Any three effects of gravity are:

Show that 'g' produced by a freely falling body is independent of its mass.

Let us consider a body of mass 'm' falling towards the center of any heavenly body of mass 'M' and radius 'R' with the acceleration due to gravity 'g'.

Hence, g produced in any body falling freely has no effects by its mass.

Write down the factors on which the gravity of planets depends.

The gravity of any planets depends on the following factors:

What is required to keep a body in a circular path?

The gravity of any heavenly body makes the other objects move around the edge of its gravitational field in a circular path. In this way, any body can be kept moving around the circular path.

What is meant by fact that the acceleration due to the gravity of a planet is 9.8 ms-2?

The acceleration due to the gravity of a planet is 9.8 ms-2means that the velocity of any body freely falling from any height towards the surface of the planet is increasing by 9.8 ms-1in every second.

What will happen if we jump with the help of a parachute on the surface of the moon?

Write down the conclusion drawn from the coil (guinea) and feather experiment.

In the experiment, the 'g' of a feather and coin is not the same in the atmosphere but it is the same in a vacuum.In the atmosphere, feathers get accelerated slowly because of the upthrust of the air. However, in space or vacuum, there are no barriers. So, what is conclude is the 'g' in any body is not affected by the mass of the falling body.

What is freefall? Write down the conditions for a freefall.

When a body is falling freely under the influence of gravity only, it is called freefall.

The conditions for freefall are:

As we all know that, parachutes prevent accidents while jumping from the height by balancing its velocity or not letting it fall freely. It can balance the velocity of the falling body due to the upthrust of an atmosphere. There is a presence of an atmosphere on the earth's surface but not on the moon's surface. So, it doesn't have any effect while falling on the surface of the moon. Hence, we can fall freely on the moon's surface even with a parachute but not on the earth's surface.

Explain how the gravitational force between the sun and earth changes as the earth moves from position A to B.

The state of a body having zero weight is called weightlessness.

The conditions for weightlessness are:

Two bodies on the surface of the earth do not move towards each other due to the force of attraction given by Newton's law of gravitation. Why?

As we all know that, each and every body in the universe is attraction each other according to Newton's law of gravitation. But not only a body is affected by the gravitational force of a single body but also it is affected by several other forces which get balanced. So, two bodies on the surface of the earth don't move towards each other.

If a body is taken to a pole from the equator, what happens to its mass and weight?

So, the weight of any body will increase, if it is taken from equator to pole becasue we have W = mg where mass remenins constant.

If a body is dropped from the same height once in the equator and then in the polar region, in which place will it fall faster?

From this, we conclude g is inversely proportional to the square of the radius of any heavenly body. In the equator, the radius is longer than in the pole. If the radius decreases, the g increases. So, there is a higher g in the pole than at the equator. Therefore, the body will fall faster in pole if it is dropped from equal height at the equator and the pole.

Why Newton's law of gravitation is a universal law?

Why G is a universal gravitational constant?

We all know that G is the force of attraction between 2 bodies each of mass 1 kg and kept at a distance of 1m between their centers. It is a constant value that is measured in a vacuum and is the same in the whole universe. So, G is a universal gravitational constant.

Why the value of g varies from place to place on the earth's surface?

As we all know that 'g' is inversely proportional to the square of the radius of the earth.

So, the radius of the earth is not equal in every place of the earth.
So, the value of 'g' varies from place to place on the earth's surface.

From this, we conclude g is inversely proportional to the square of the radius of any heavenly body. If the radius increases, the 'g' will decrease.

Why the weight of the body is more in Terai but less in mountains?

The value of acceleration due to gravity 'g' is inversely proportional to the square of the radius of any heavenly body.

So, W is higher in Terai than in the mountains.

Why is it difficult to lift a big stone than a smaller one on the surface of the earth?

W = mgWm since g is constant on the same surface.

So, if the mass is more, more force should be applied to overcome its weight.
Therefore, it is difficult to lift a big stone than a smaller one on the earth's surface.

Why a folded paper strikes the ground faster than an unfolded one when dropped from the same height simultaneously?

As we all know that the parachute prevents accidents while jumping from height by balancing the velocity of the jumping or falling body. It balances the velocity of the body due to the influence of upthrust given by the atmosphere. But, there is no atmosphere on the moon's surface through the earth's surface has. So, parachutists are not hurt on the earth's surface but get hurt on the moon's surface.

Any 4 limitations of balanced chemical eqn are:

The universal force of attraction acting between all matter is called gravitation. The factors that affect gravitation are only mass and distance. Its SI unit is Newton's per Kilogram.

what is the role of physics and chemistry in our daily life? How can you co-relate them with each other?

The role of physics and chemistry is really important and I am just going to give you a few examples which you are quite familiar with and those being gravity and food. Now, you see gravity is a part of physics and food is a part of chemistry but the not so difficult part is about them being co-related to each other so well physics deals with the basic principles that explain matter as substance and energy and may study aspects of atomic matter by following concepts derived from the most...

Define G in terms of the gravitational force between two masses. Write its value and SI unit.

Universal constant 'G' can be defined as the force of gravitational product between two bodies of unit mass each, separated by the unit distance between their centres. The SI unit of G is Nm2kg-2. Its value is 6.67*10-11Nm2kg-2.

A coin and a feather are dropped in a vacuum. Which one will reach the ground first? Why?

Both coin and feather will reach the ground at the same time because air resistance is the only hindrance an object may suffer through falling.

Where does a body have more weight: at the pole or the equator of the earth? Explain.

What will happen to the gravitational force when the mass of each body is doubled and the distance between them is halved?

An astronaut is said to be weightless when he/she travels on a satellite. Does it mean that the earth does not attract him or her?

The sense of weightlessness in orbiting satellites is because of the lack of any contact forces. The only force that acts upon humans in space is the force of gravity, which acts at a distance; but as there is no counter-force, we do not experience the sensation of weight over there. The counter or force-of-contact is missing because everything that floats in space does so due to the acceleration due to gravity being the same. Thus, both the astronaut and the satellite have the same value of...

What is the importance of gravitational force? Write any two points.

The importance of gravity force are as follows:

at what condition does the acceleration due to gravity become zero

Acceleration due to gravity becomes zero in the following conditions:

During these conditions, you will experience weightlessness. 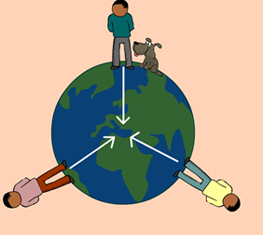 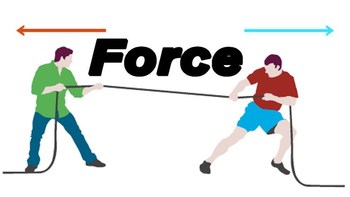