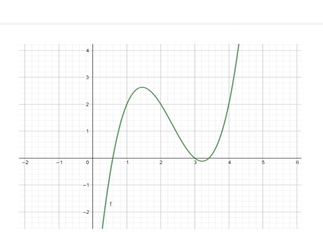 What is the bisection method and what is it based on?

One of the first numerical methods developed to find the root of a nonlinear equation f (x) = 0 was the bisection method (also called binary-search method).

The method is based on the following theorem: 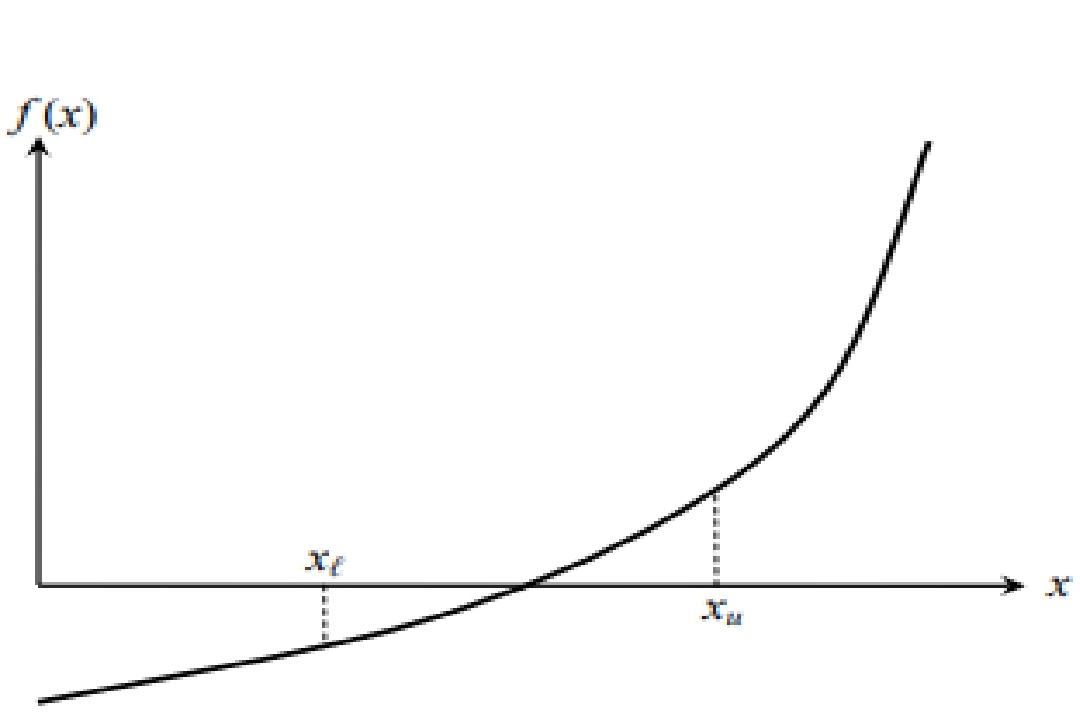 Fig1: at least one root between two points if the function is real, continuous and changes sign. 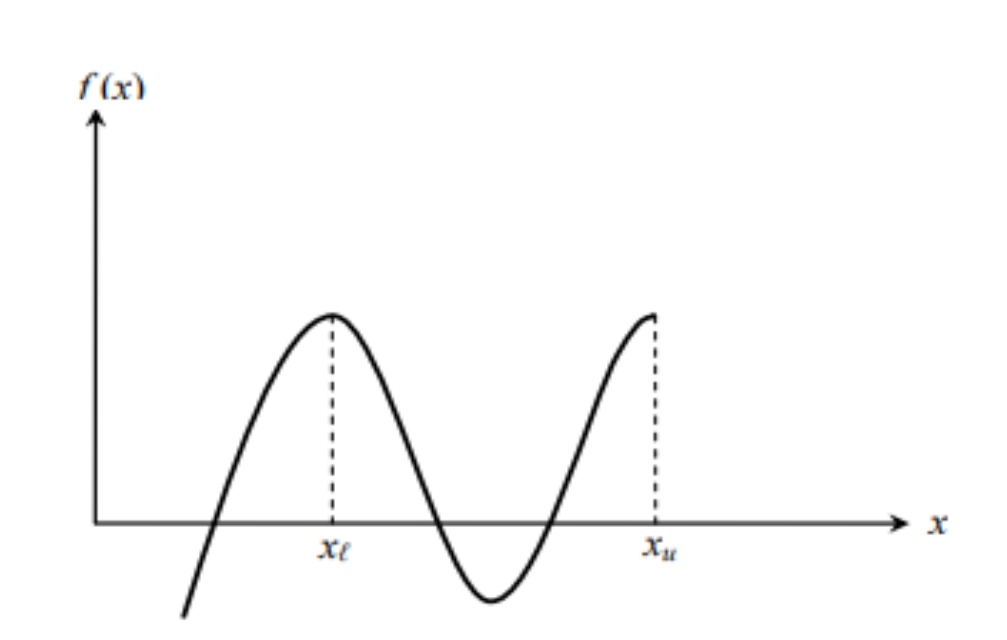 1. Since the method is based on finding the root between two points, the method falls under the category of bracketing methods.

2.Since the root is bracketed between two points, xl and xu, one can find the midpoint, xm between xl and xu

3.Now, our problem is in which interval root of the equation f(x)= 0 lies?

5.So, you can see that you are literally halving the interval. As one repeats this process, the width of the interval [xl,xu] becomes smaller and smaller, and you can zero in to the root of the equation f(x)=0. 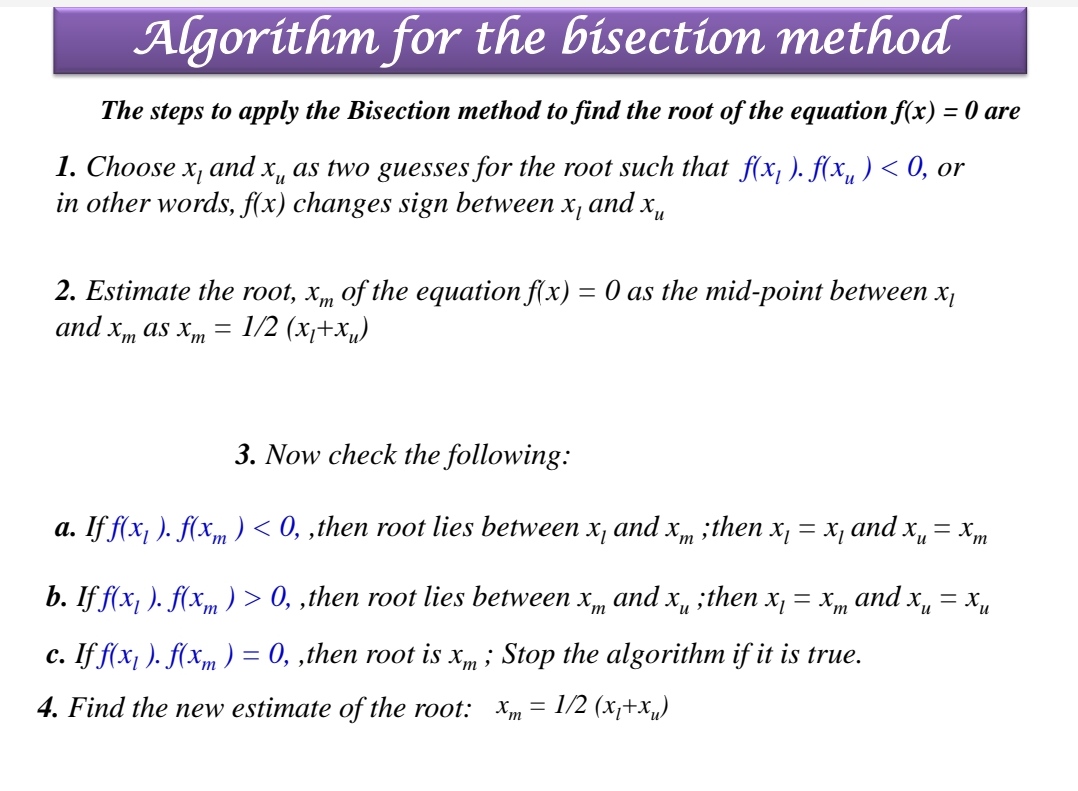 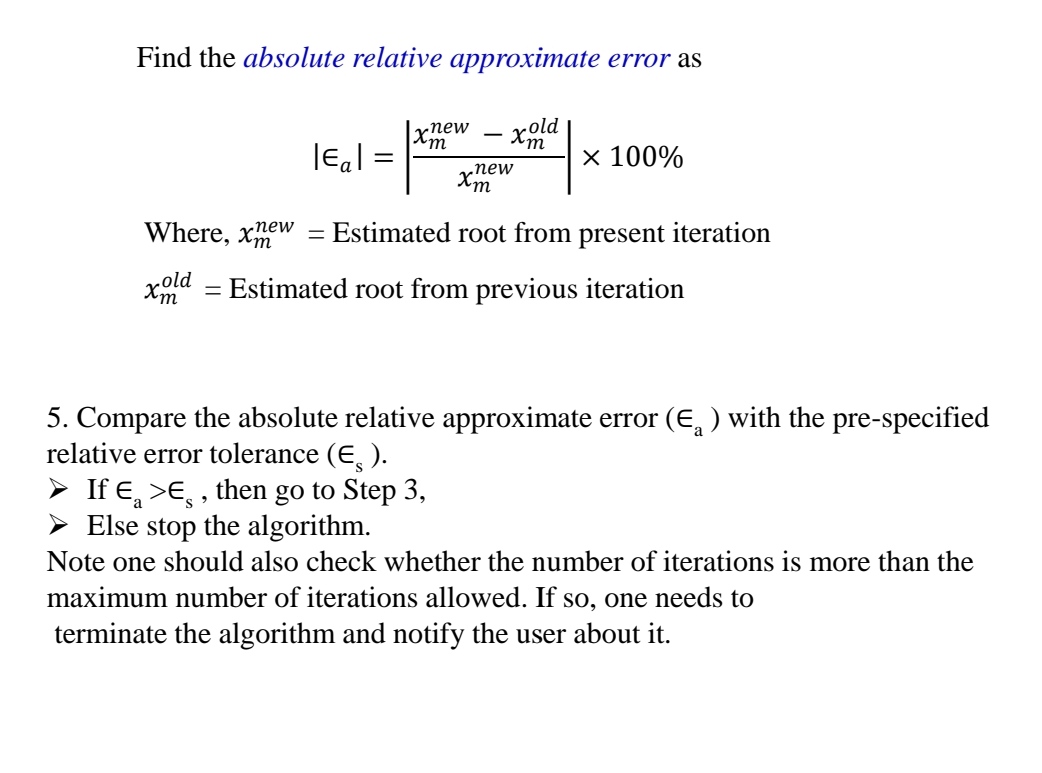 Find the square root of 2 with an error less than 10-4 by bisection method.

The function involved is f(x) = x2-2. The following table steps through the iteration until the size of the interval, given in the last column is less than 0.01.