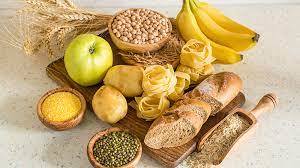 They are represented by the general formula Cn(H2O)n. They are aldehyde and ketone derivatives of polyhydroxy alcohol.

According to the complexity of chemical substances of which they are formed ,carbohydrates are grouped into following types.

.Simplest form of carbohydrates composed of 3-7 carbon atoms which cannot be further hydrolyzed.

.Their general formula is Cn(H20)n

.Glucose or aldohexose (C6 H12O6) is the most common monosaccharide found in nature. It contains five hydroxy groups and one aldehyde group. It is white, crystalline, sweet tasting substance highly soluble in water. 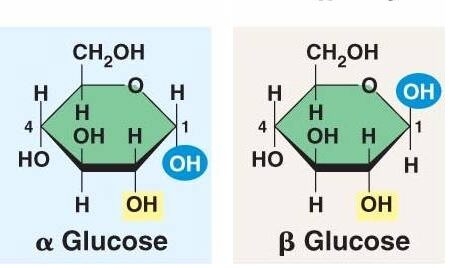 The most common oligosaccharide is disaccharide whose general formula is Cn (H2O) n-1. They are soluble in water and sweet in taste. The common examples of disaccharides are sucrose, maltose, lactose etc.

﻿They are complex carbohydrates formed by condensation of many monosaccharides linked by glyosidic bond. They have high molecular weight. They are insoluble in water and not sweet in taste. They yield monosaccharides on hydrolysis.  They are of two types:  1)Homopolysaccharides

Homopolysaccharides  are formed by condensation of one type of monosaccharides. Eg: Starch, Glycogen, Cellulose , Chitin etc.

Heteropolysaccharides are made of two or more type of monosaccharides. Eg: Agar, Peptidoglycan, mucilage etc.