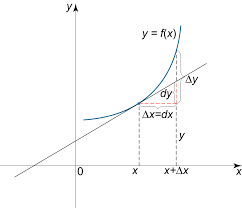 In calculus, the differential represents the principal part of the change in a function y = f(x) with respect to changes in the independent variable. The differential dy is defined by

is the derivative of f  with respect to x, and dx is an additional real variable (so that dy is a function of x and dx). The notation is such that the equation

holds, where the derivative is represented in the Leibniz notation dy/dx, and this is consistent with regarding the derivative as the quotient of the differentials. One also writes 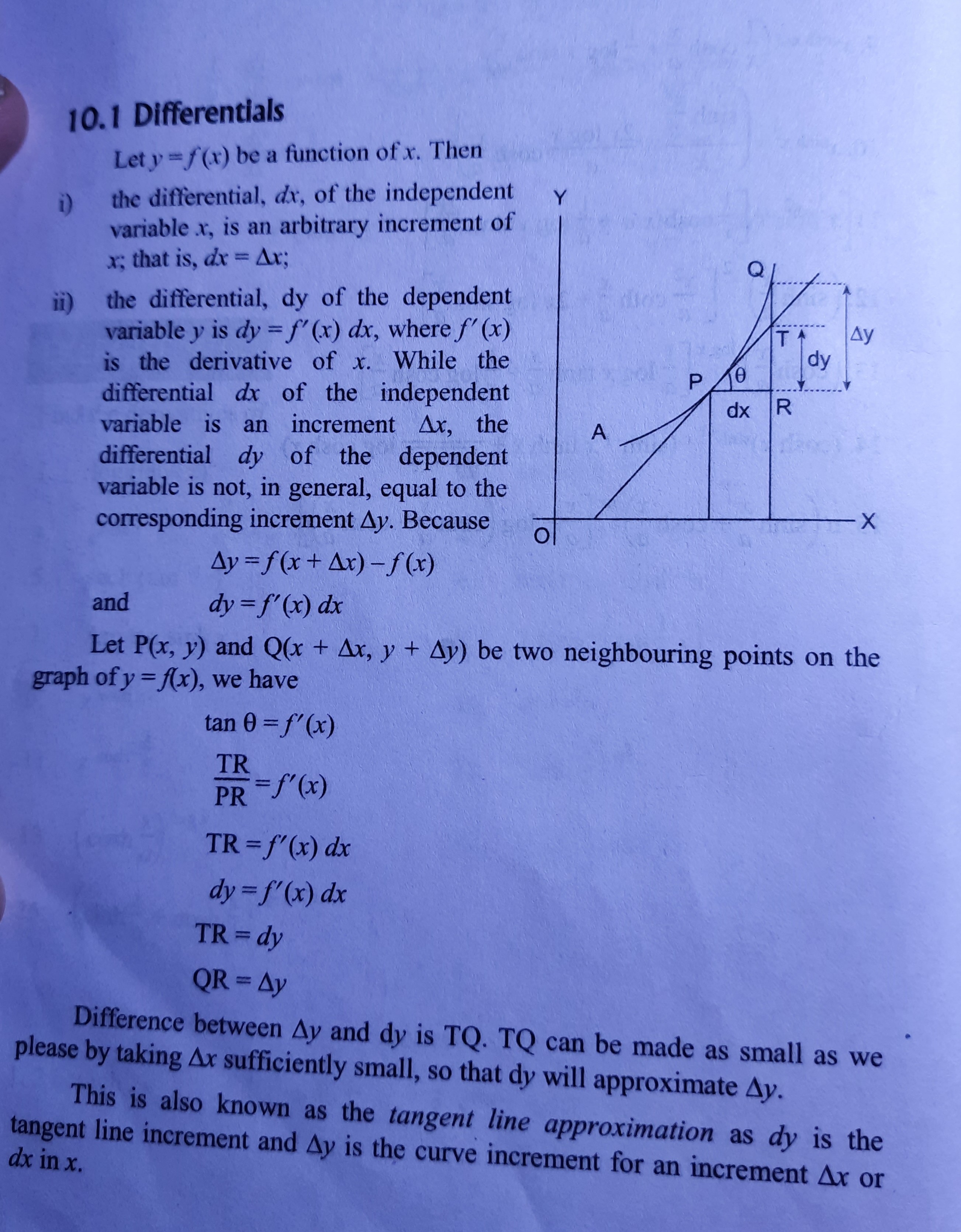 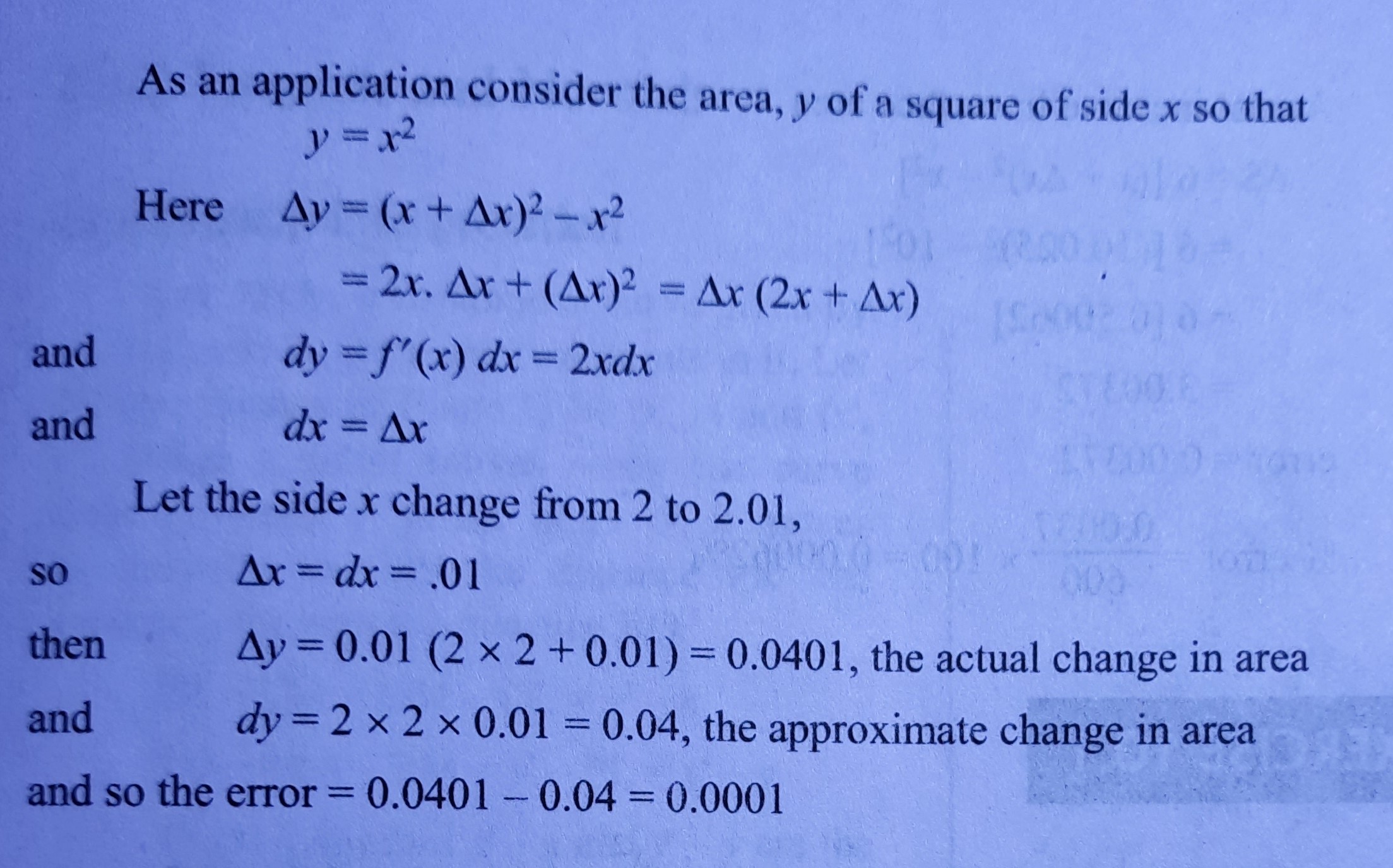 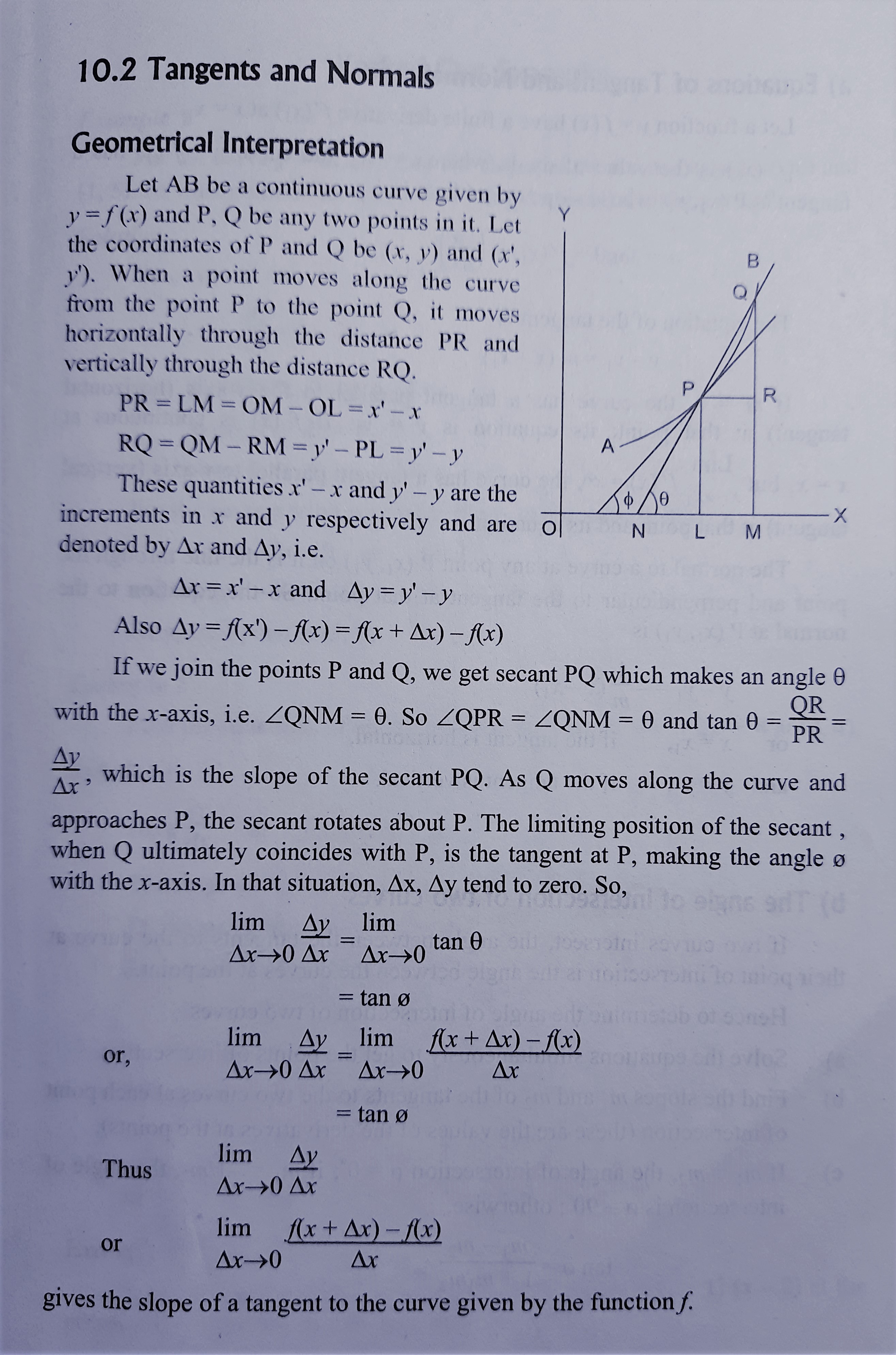 Equation of Tangent and Normal: 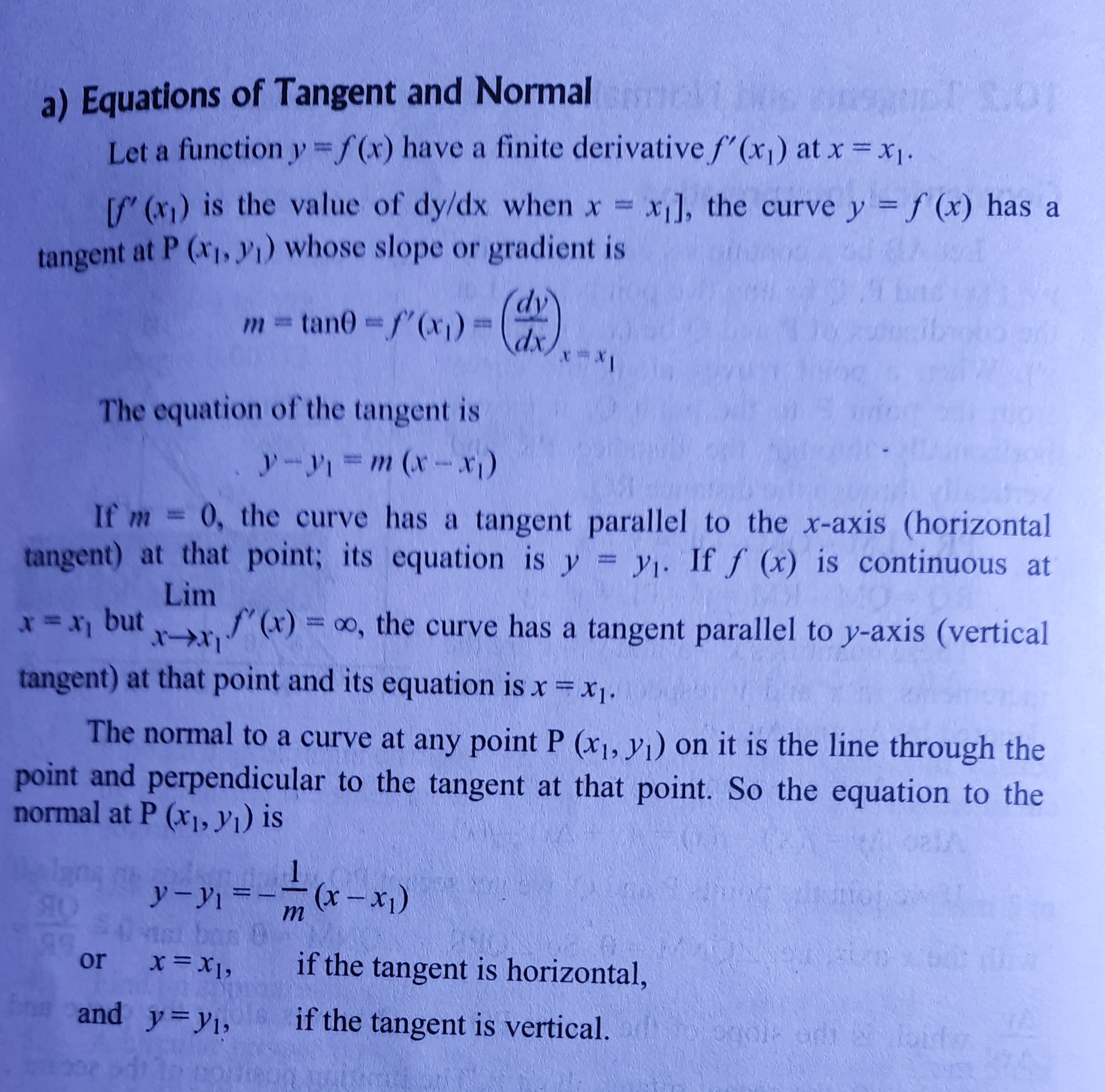 ﻿The angle of intersection of two curves: 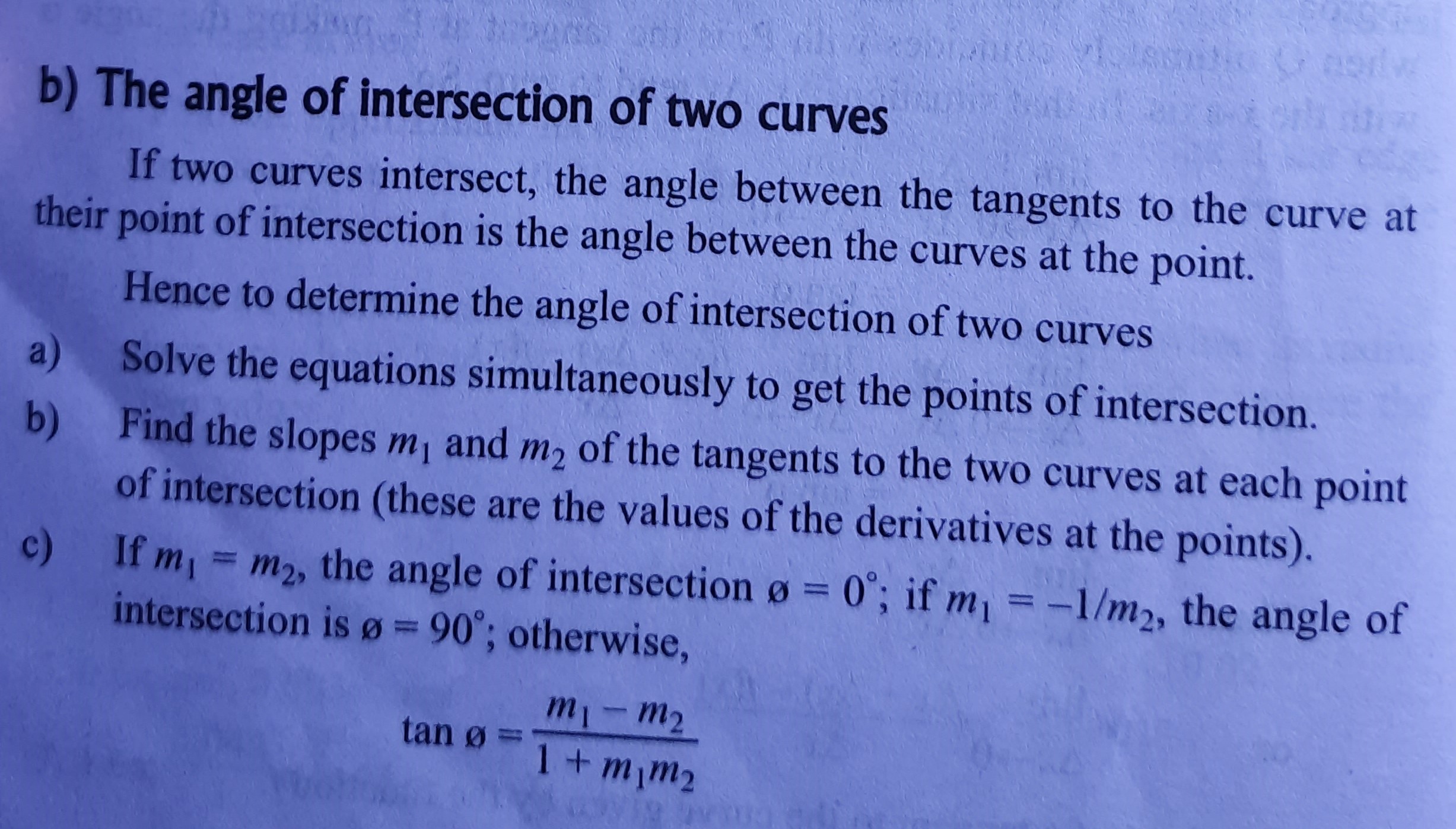