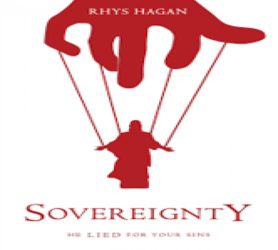 Is the Sovereignty of Nepal over?

Amidst the war against the global pandemic, our Nepalese Government is facing some serious issues right now. The Border Standoff, the party disputes, Indian and Chinese Influence (especially Indian) in the internal affairs of the Government, Indian Media’s reprehensible reporting, the recent Ayodya statement by our Honorable Prime Minister and its cruel Criticisms (without undertaking a proper Archaeological Research) etc.  are the issues which seem too vague and irresponsible to ignore and leave them unsolved. As a young energized teenager and a citizen, these seemingly minor yet detrimental issues have long lasting influence in the Nepali Politics and in the aspiring young citizens like us.

The Border Issue on the western side of Nepal have taken an entirely new form. The Indian Government doesn’t seem to admit that the disputed area belongs to Nepal, because solving the Border issue in the favor of Nepal seems as if it would serve as a political inferiority to the Indian Government. Indian Government haven’t seriously responded on this issue. It’s the media that is playing the dirty role of overthrowing Oli Government. Upon introspection, it seems that overthrowing Oli would ease off the Border Standoff and the issue would easily be turned around the Indian Side. It’s actually very much idiotic to stand aloof and blind about the serious and reprehensible influence of the Indian Government in the Nepal’s internal politics since decades (since the dawn of Democracy back in 2007 BS). Upon retrospection in the Nepal Politics, we can clearly smell the Indian Influence which have been ravaging the Nepali Politics since decades.

In the recent weeks, Indian Media is exceeding its limits. The way Indian Private Media reports is disastrous. It’s a serious abuse of the free press. The Private Media seems to be pretty much puppeteered by the Internal affairs. Their disgusting reporting and fake allegations against the Oli Government, suspicious Indian Embassy meetings, NCP Internal Disputes, Unpopular ignorance from the Indian Government about the Border Issue etc.  clearly has a common motive: ‘To Overthrow PM Oli and form a government which can restore the Indian Influence inside the Nepal Politics.’ Even a non-political layman can draw this conclusion.

The Ban on the Indian News Channels in Nepal is the best thing that the Oli Government has done in this Lockdown. The way they create a conflict out of a hoax is not new. India- Pakistan rival was much more invigorated by the Indian Private News Channels. The obnoxiously obsessed Indian Chauvinists are beginning to reap the seeds of intense Conflict between the age-old friendly nations (India and Nepal). The root cause of this is the “Private Indian News Channels”.

How did this begin? This began right after the Nepal Government released the new Political Map which includes Lipulekh, Kalapani, and Limpiyadhura. The current Nepalese Government did what the previous Governments should have done many years ago. Indian Government’s silence in this issue and Indian News Channels’ growing concerns, fake claims and fake news against PM Oli draws a common conclusion which have been mentioned above. It is rumored that India Government is using the power of the fake News Media to meet the motive. The Indian News’ reporting about obsessive Chinese Influence in the nation’s affairs have been targeted to meet the sympathy of the Western Superpowers. The internal party leaders, oppositions’ leaders are rumored to have plotted the Design with the help of external powers to overthrow Oli and turn the Nepal Politics and Internal affairs back into neighboring hands. Sources say that Oli seems to be against Indian Influence (not against the Indian Government). Oli’s ideology is for the Sovereignty of the Nation, not for the party benefit. No other Nepalese leaders (from his own party and the opposition) exhibited such courage to stand against the unhealthy Indian Influence. This can be proven by the Unnatural and suspicious silence and lack of support from the renowned leaders towards Oli’s Non-Indian centralized opinions and strong stand. Oli’s such brave and courageous stand have been popular and commendable among the Well Wishers of the country and the youth.

Nepalese parliament have been labelled as “Kakistocratic” by many western political experts. This has caused this divine land to get polluted by the external powers. The Kakistocracy continues to silently rip off the country.  I, on behalf of the Nepalese Youths, request the current Government to enforce serious steps against the foreign influence for the sake of the country’s Sovereignty.

Ishan asked over 1 year ago

What do you reckon we can do to solve this issue on a more individual level?