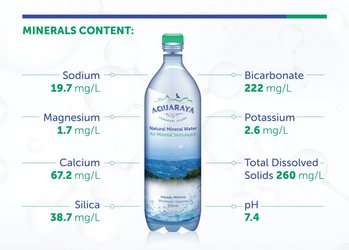 Water is the mother liquor of all forms of life. It is the vital essence, miracle of nature, and the great sustainer of life. The essentiality of water for the living system is quite evident without water, there is no life. In human adult total body water accounts for about 70% of the lean body mass. In-plant it makes about 70%-90% of the living matter of active cells. In many hydrophytes and fruits, water appears in an even high percentage. A greater portion of water is found in free form that means the water which is available for the metabolic process.

2. Uniquely high surface tension: like a stretched membrane, the surface of a liquid tends to contract as much as possible. This phenomenon is called surface tension. Water has the highest surface tension of 72.8 of any known liquid. And it is the reason why water rises to unusually high levels in narrow capillary tubes. This has great significance in physiology.

3.High solvent power: water is a solvent for a great number of the molecule which forms ionized solutions in water. It may, thus, be called a universal solvent that facilitates chemical reactions both outside of and within biological systems.

Function of water i)Water is a universal solvent.

ii) It is used as a raw material in photosynthesis.

iii) It also helps in transpiration due to turgor pressure.

Iv) It also maintains the turgidity of cells and their organelles.

The plant-based nutrients are required in large quantities as our body cannot produce by its self. These macro-nutrients providing energy and supports the different metabolic system, growth, and development of the body. Macro-nutrients include fats, proteins,  carbohydrates, vitamins, and minerals.

The plant-based nutrients which are required in very small quantities and are mainly responsible for repairing damaged cell and tissues, prevention of infectious diseases by fighting against the disease-causing pathogens including bacteria, virus, fungi, etc. Micro-nutrients include calcium, iron, vitamins, iron, minerals, and vitamin C.

Difference between Micronutrients and Macro-nutrients

Following are the important difference between macronutrients and micronutrients: