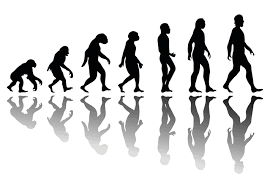 After the criticism of Darwin’s and Wallce’s theory of Natural selection from various evolutionary biologists the followers of Darwin proposed a new modified theory in the light of recent knowledge from genetics, cytology, molecular biology, paleontology, ecology, ethology etc and this theory is known as Neo- Darwinism.

Carter in 1960 described Neo Darwinism as “modification of Darwin’s theory taking into account the results of more recent works” . It is the most widely accepted theory of evolution at present.

·       It holds that variations in the organism are of two types and these occur in genes of the individuals. The variation either in single gene or in the structure of the chromosome is sufficient to produce visible effect. If the variation occurs in the germ cells o the organism it is inherited to the offspring but those in the somatic ells cannot be inherited.

Neo Darwinism accepts following as the major causes of evolution

·        Mutation-it is the sudden or drastic heritable changes which occur in the chromosome or gene known as chromosome and gene mutation respectively. According to new concept a mutation is a change in the amount or the structure of DNA of an organism.This produces a change in the genotype which may be inherited by cells derived by mitosis or meiosis for the mutant cell. Mutation occurs randomly and spontaneously and though slow mutation rates are sufficient to create genetic variation thus playing an important role in the evolution. Mutation theory of evolution was given by Hugo De Vries.

·    Genetic Drift or Sewall Wright effect:  The term genetic drift refers to the elimination of the genes of certain traits when a section of a population migrates or dies of natural calamity. It alters the gene frequency of the remaining population which causes the variation. The random changes in the gene frequencies in a small or isolated population occurring by chance alone rather than by natural selection are called genetic drift. The effects of chance acting on small populations may modify the way in which natural selection guides the course of evolution. Random genetic drift or the Sewall Write effect may be an important mechanism in the origin of new species in small  and reproductively isolated population.

·       Reproductive isolation: -Isolation is the prevention of mating amongst interbreeding group. Isolation of the organism of a species into several populations or groups under physiological, morphological or geographical factors is supposed to be one of the most significant factors responsible for evolution. Isolation may prevent interbreeding between the related organisms and thus preserving the dilution of peculiarities increases the chances of formation of new species.

·   Speciation (origin of species): This is the process by which one or more species arise from previously existing species. The populations of a species present in the different environments and separated by geographical and physiological barriers, accumulate different genetic variations due to mutation, recombination, hybridization, genetic drifts and natural selection. These populations, thus, become different from each other morphologically and genetically and form new species.