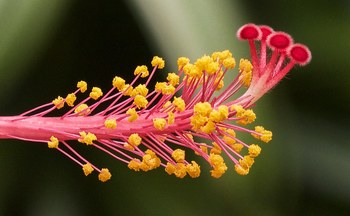 The process of formation of microspore or pollen grain within the pollen sac of anther is known as microsporogenesis.

Stamen is the male fertilizing organ of flower. It typically consists of anther and filament. Collectively the stamens form the androecium.

Anther is the fertile portion of stamen. In angiosperm anther is typically dithecous and tetrasporangiate. In family malvaceae anther is kidney shaped and bisporangiate.

HOW DOES MICROGENESIS TYPICALLY OCCUR IN ANGIOSPERM?

4.      The outer layer is known primary parietal layer. It later divides periclinally and anticlinally to form the concentric layer of anther wall which consist of epidermis, endothecium, middle layer and tapetum.

7.      Thus formed microspore is present in the form of spore tetrad. Spore tetrad is aggregation of 4 microspore formed by the meiotic division of a spore mother cell.

In this way microsporogenesis occurs in angiosperms. 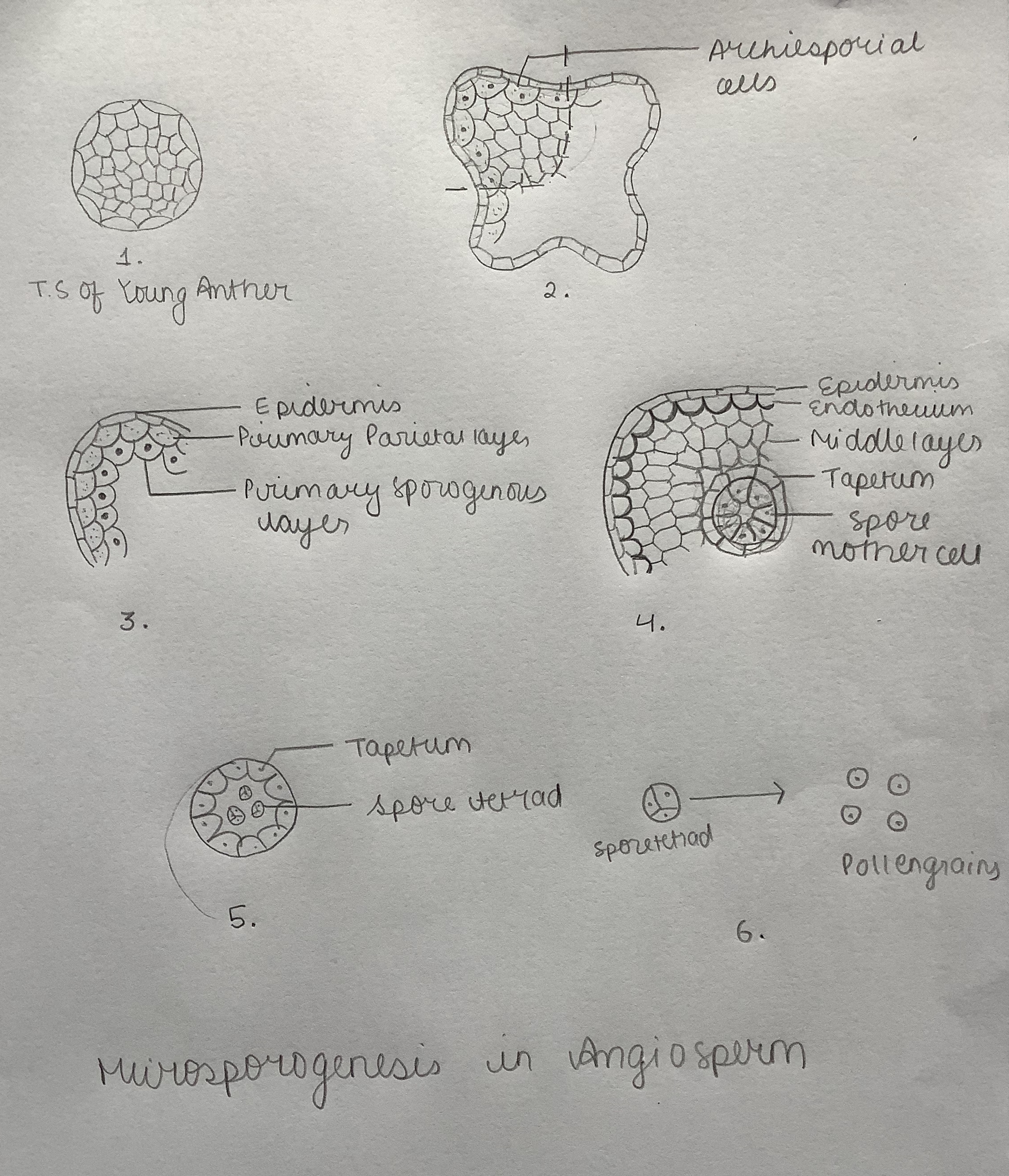