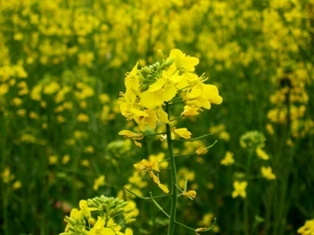 The family includes about 375 genera and 3200 species. The family is also called Brassicaceae.

Distribution: Most of the members of this family are cosmopolitan in distribution. They are mainly found in the temperate region and also in the subarctic region. They are widely cultivated for vegetables, oilseeds and also as ornamental plants.

Habit: Mostly they are annual, biennial or perennial herbs. A few are smaller shrubs. They have sulfur smelling pungent sap that contains glucosides.

Stem: Erect or herbaceous, branched or unbranched, hairy, cylindrical, initially reduced but elongates after the vegetative growth ( Raphanus sativus) and forms the floral shoot. The main stem is very much condensed and corm like as in (Brassica rapa).

Fruit: siliqua or silicula or lomentum like a siliqua

Some of the member plants of this family are: