Rabin Kalikote created in On Libraries 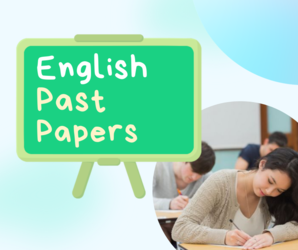 1. Read the given passage and answer the questions that follow:   [5x3 = 15]
From engineering to medicine, we have more elaborate and specialized professions than ever. But the academic programs that prepare people for them will have little impact on the health of society unless we develop a sense of the human condition. That's 'job one' for the classic liberal art education: philosophy, history, the great books, art, music, and the sciences, too. These disciplines are often underfunded and under-promoted.

Liberal arts education is critical if we are to arrive at a moral foundation that will lead to sustainable peace and progress. Individuals [who] have had a broad liberal arts education will understand previous conflicts. They will understand conflict resolution when they're in a position to make difficult decisions. They will have that moral compass. they will make the right decision, not for themselves, not for the enrichment of their bank accounts, but what's best for humanity.

Take, for example, political science, thinking about what's in the core of the democratic institution. What's at the core of a balance of power between different parts of the government? we're really at the cusp of a constitutional crisis south of the border. Having politicians and leaders that don't understand the basic principles of democracy puts at-risk nations and the entire world. That's why I say we need liberal arts now more than ever before.

Scientists alone cannot solve the issue of global warming. You need to really be at the interface of activism and policy change. As you know, there is a short period of time before a catastrophe that we face. And it's going to require individuals that understand history. They understand that we'll learn from the mistakes of responding to much smaller challenges. We have to learn from all of that. And without that, I'm rather pessimistic.

The oft-repeated claim of poor employment prospects for those who study liberal arts simply isn't true, especially in the longer term. The most successful people in nearly any endeavor often have some core arts studies in their past. He also asserts that augmenting a vocationally-oriented program with some liberal arts courses can make a big difference in a student's life, even after graduation.

It gives them time to love what they're studying for the sake of learning as opposed to it being a means to an end, to a job or to a paycheck. There's something elegant or romantic about it. It is the elegant romantic things about one's life that are the moments that you will remember and cherish. It's not the everyday things that you have to do because it's part of the job. It's those moments that are beautiful or elegant or romantic that make your life worth living.

(Santa J.  Ono., UBC president, medical biologist, and has made breakthroughs in his own specialized field, January 14, 2020)

a.  Why is the writer concerned about the liberal arts education?
b.  How does liberal arts education help you move outside of your comfort zone into areas of thought and discussion?
c.   Why do we need liberal arts now more than ever before?
d.   What is the significance of the historians?
e.   As a student of science, how far do you agree with the writer's conclusion in the last paragraph?

2.  Continue the following remarks with look, sound, smell, feel or taste, + like.

3.  Join the following pairs of sentences into one using a non-defining relative clause.   [5]

a.   The old house was finally sold. the family had lived in it for 8 generations.
b.   In 1995 he joined the Conservative Party. He was still a student then.
c.   My daughter lives in India. I am going to see her there.
d.   Turning round, Mary saw an old woman. Her mouth was twisted in a toothless grin.
e.   Alex had just taken the gun out of his pocket. He never went anywhere without his gun.

4. Change the following sentences into comparative sentences using: as..........as   [5]
a. You said I'd enjoy the film but in fact, I didn't like it much.
b. I hadn't expected her to be very angry but in fact, she was absolutely furious.
c. I had hoped to do quite a lot of work today but I have only managed to do a little.
d. Fifty people had been invited but eighty came.
e. The exam is not usually very difficult but this year it was quite tough.

5. Report the following questions.   [5]
a. 'What have you been doing since your last visit?'
b. 'Have you written any song recently?'
c. 'Do you think your next record will be a hit?'
d. 'Are you glad you're here?'
e. 'How long are you staying here?'

6. Write a sentence for each pair of the events below, showing that the person did them in the right order.   [5]
Example: Touch the wire/ turned off the mains
He turned off the mains before he touched the wire. OR
He didn't touch the wire until he'd turned off the mains.
a. Read the instruction/ switch on machine
b. Order the carpet/ Measure the room
c. Check the answers/ leave the exam room
d. Get into bed/ turn off the electric blanket
e. Put up for sale/ have their house decorated.

7. Answer the following questions making it clear that your answers are based on hearsay, and not on personal knowledge or experience. Use supposed to, apparently, I hear, I'm told, people/they say.
Example: Why do you eat garlic every day?
I'm told that garlic stops you from catching a cold.
a. Do you know if Alsatians make good pets?
b. I am thinking of watching a movie. Do you know what 'Chhaka Panja-2' is like?
c. What does it feel like to be hypnotized?
d. I wonder what's happening in China lately.
e. Do you know anything about the student grants in Nepal?

8. Write a letter to your friend stating why for the sake of efficiency, public transport should be privately owned.   [10]

9. Explain the educational process in Nepal from the beginning of school to the end of university.   [10]

10. Write a news story with a headline "Coronavirus spread in China Alarms People Round the Globe".   [5]

11. Write a paragraph expressing your reaction to the street protests organized frequently by the political parties and other associations.   [5]

12. Answer any five questions in short.   [5x3 = 15]
a. According to the essay 'A Child is Born', how do technological changes cause social problems?
b. Why is Alyohin said to rush around like a squirrel in a cage? Explain. (About Love)
c. Draw an ecological message from the text 'Hurried Trip to Avoid a Bad Star'.
d. Interpret the poem 'God's Grandeur'.
e. Explain King's analogy of the bad cheque. (I Have a Dream)
f. Explain how 'Purgatory' explores the relation of human life to supernatural forces.
g. How do you think Mrs. Mooney settled with Mr. Doran about Polly? Did Mr. Moran marry Polly or pay out compensation?

13. Answer any one question in detail.   [10]
a. Discuss the interpretation of the story "Hansel and Gretel" as done by Jack Zipes.
b. Justify the title "The Tell-Tale Heart". Would you call the narrator of the story mad? Give reasons for your answer.