Newtons Formula and Laplace Correction for the Speed of Sound 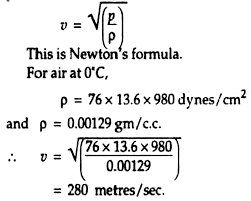 Newton assumed that when sound waves propagate through gas, compression and rarefaction are produced in the medium. The changes of these compressions and rarefaction take place at a slow rate. Therefore, the process is isothermal. The equation of state for isothermal change is,

The negative sign indicates that as the pressure increases the volume decreases and vice versa. E is the isothermal bulk modulus of elasticity.

Velocity of Sound in a Gas: Laplace's Correction

Laplace suggested that the change in pressure and volume of gas due to the passage of sound waves is not isothermal as assumed by Newton but it is adiabatic. Therefore, the appropriate modulus of elasticity is the adiabatic bulk modulus, i.e. E = Kadi: Thus, the velocity of sound in a gas is given by, 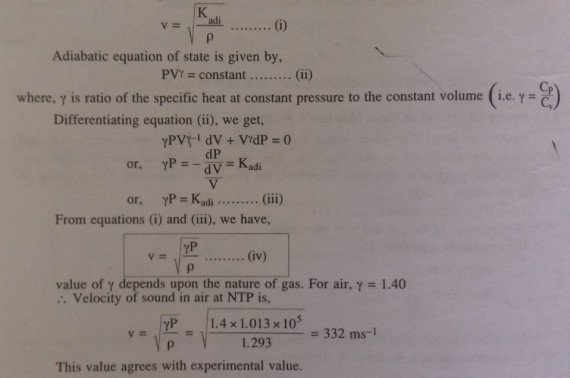