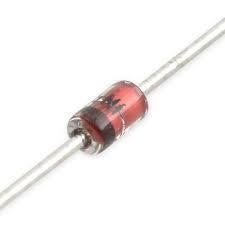 2. HOW IS A ZENER DIODE DIFFERENT FROM A P-N JUNCTION DIODE?

1. in forward biasing, the Zener diode works in the same way as the p-n junction diode.

-the crystal structure of the diode is not damaged due to heating at breakdown because the Zener effect is reversible.

=>  we know, that there is an electric field set up across the depletion layer.  the electric field is very large for the same voltage in Zener diode because of the high concentration of immobile charges.

=> the excessive electric field breaks the covalent bond between atoms in the depletion layer and creates free charge carriers. thus, a large number of charge carriers are created and a sharp current flows through the diode.