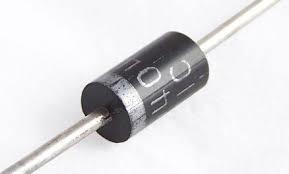 =>  it is a semiconducor that carries current only in one direction.

=> when you attach a p-type and an n-type semiconductor then nothing happens. but if one side of a semiconductor chip is positively doped and another side is negetavely doped then it forms a diode that carries current in only one direction.

A. DIFFUSION and DEPLETION LAYER 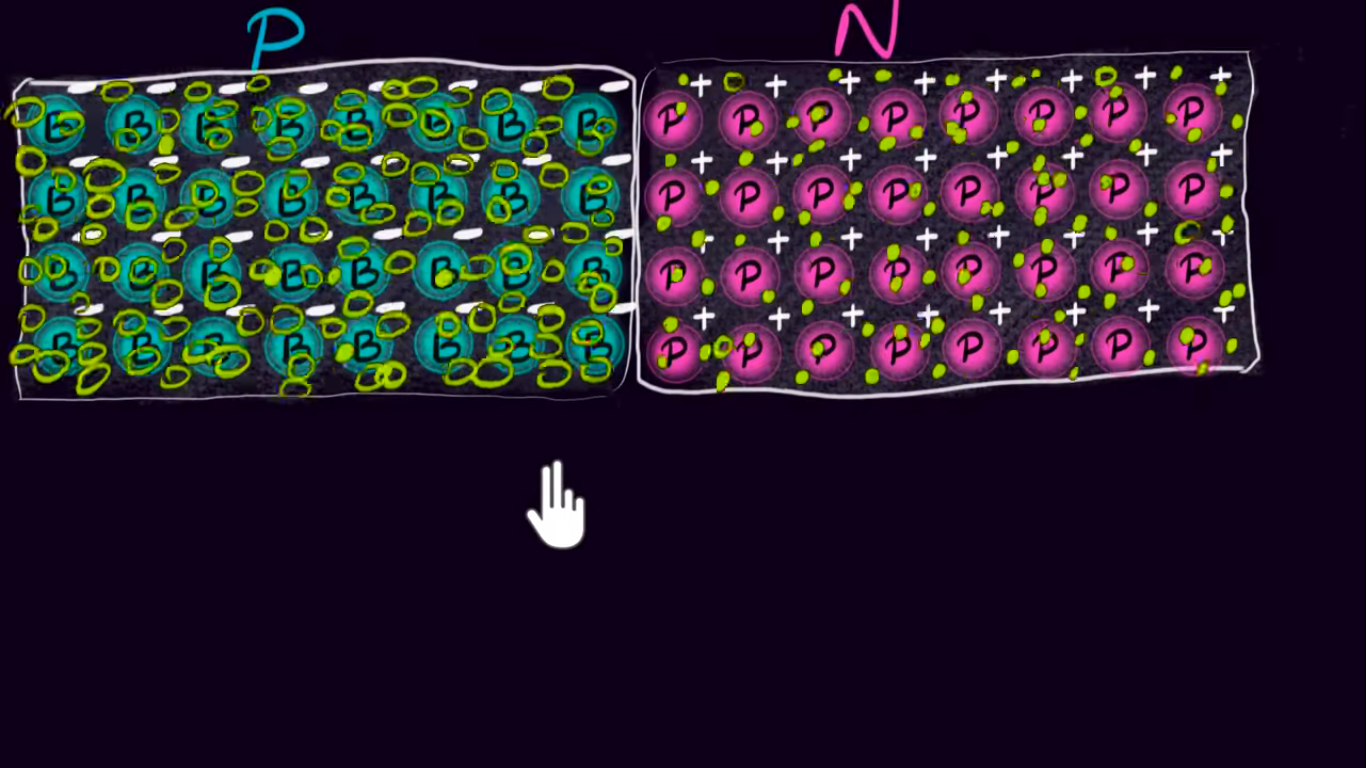 the holes and free electrons combinde at the junction to form form immobile charge. this lead to formation of a layer that is depleted of free charge carriers called the depletion region.

due to formation of depletion layer, the diffusion stops before all free charges are diffused.

=> at the junction there are immobile charges seperated by a distance.

this leads to froamtion of electric field from N-type to P-type.

to pass through this field the charges need a minimum potential called the barrier potential. 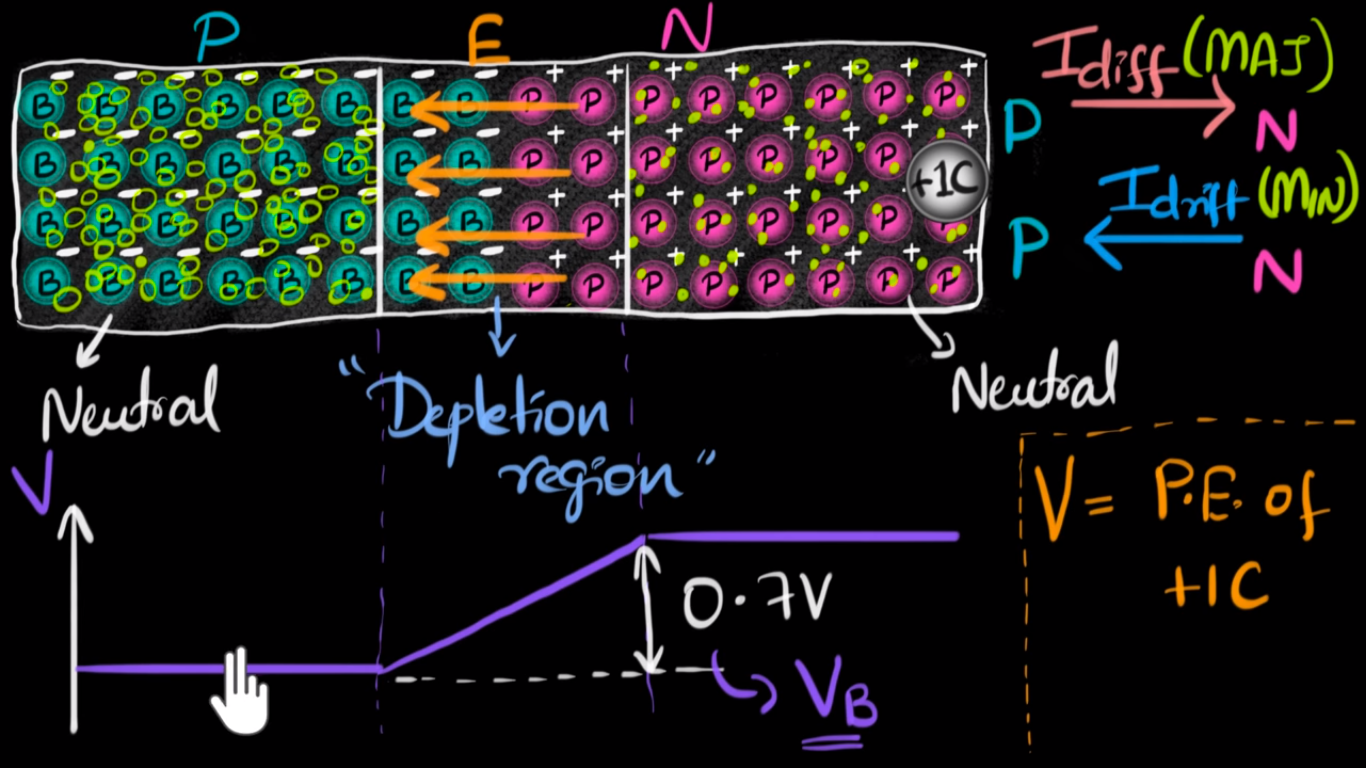