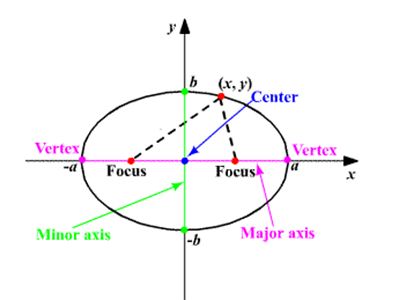 Equation of an ellipse in standard form

When the center of an ellipse is ( h, k)

A hyperbola is a set of all points in a plane such that the difference of the distances from the two fixed points called foci is a constant. 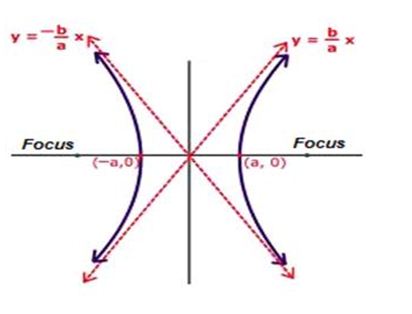