Motion in a horizontal circle

↪ Suppose an object of mass m tied at one end of a string is whirling in a horizontal circle of radius r and center O.
↪ The object is moving with a uniform linear velocity v and angular velocity ω.
↪ Since the weight mg of the object acts at right angles to the tension TS in the string, the force toward the center O is

↪ Thus the tension in the string is equal to the centripetal force. 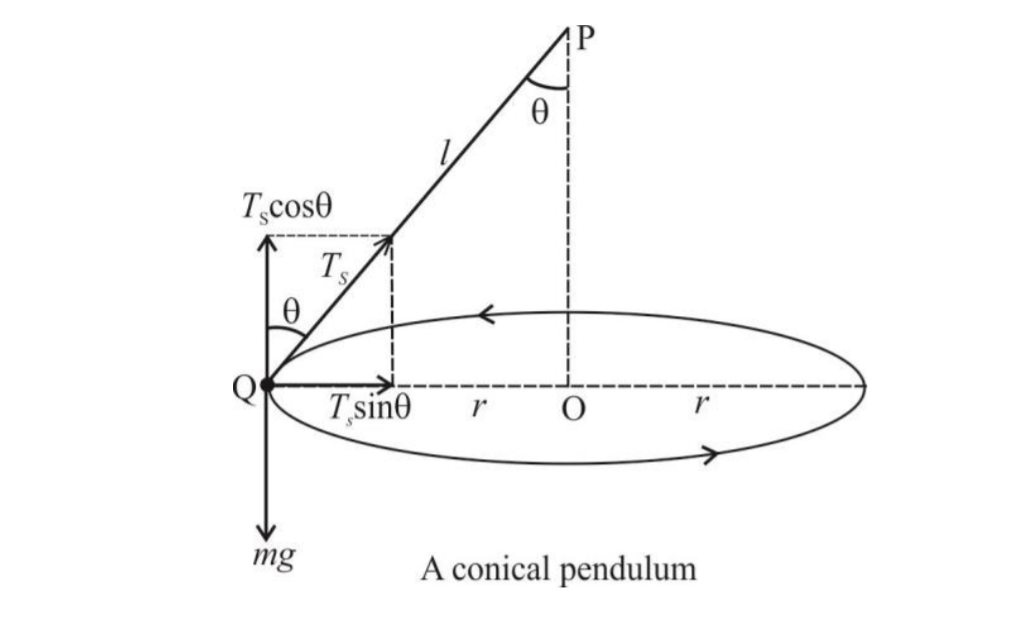 ↪ A conical pendulum is a revolving object suspended by a string from a rigid support about which the string makes a right circular cone of semi-angle θ with the vertical.
↪ Suppose a small object of mass m is tied at one end of a string of length l and is then whirling in a horizontal circle of radius r with center O which is exactly below a fixed point P.
↪ The object moves with constant linear speed v and angular speed ω in the circle.
This is a conical pendulum.

and the component of TS along the horizontal or toward the center of the circle provides the necessary centripetal force.
That is,

↪ Therefore the period T of revolution is

↪ This is the period of revolution of the conical pendulum.