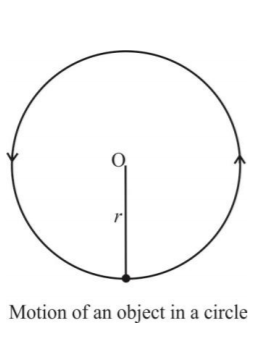 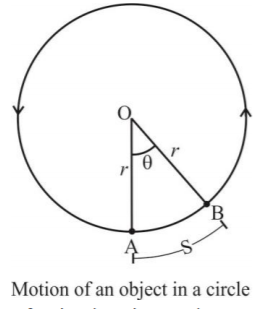 Suppose an object is moving in a circle of radius r and center O with a certain speed.

↪ If the object moves from point A to point B, then it describes an angular displacement θ about O.

↪ The angular velocity of the object is defined as the angular displacement per second.
↪ If t is the time taken to describe an angular  displacement θ, then

↪ This is analogous to S = ut for motion in a straight line.
↪ If S is the length of an arc AB, then from the definition of a radian angle,

Dividing both sides of it by t (time taken to move from point A to B), we get

where v is the linear velocity of the object in circular motion.
↪ Equation (3) gives the relation between the linear and angular velocity.

↪ This is the period of revolution. 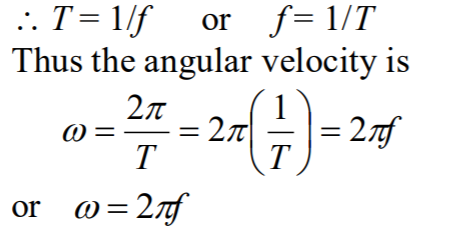 ↪ This is the relation between the angular velocity and frequency.

Relation between Linear and Angular Acceleration

↪ Suppose an object is moving in a circle of radius r and center O. If the angular velocity of the object increases from ωo to ω in time t, the angular acceleration is 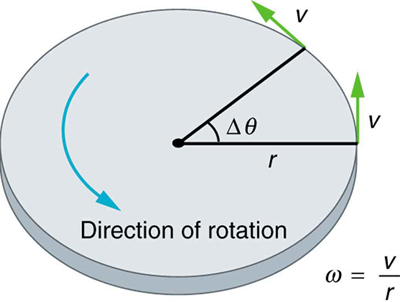 ↪ If v and u are the corresponding final and initial linear velocities, then