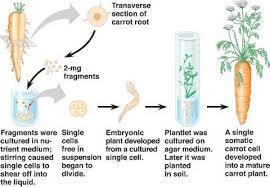 All the cellular activities are integrated for the survival of organisms, yet the cells are independent in carrying out the fundamental life processes. They act as autonomous units.

The following activities shows the independence of the cells.

The ability of living nucleated vegetative cell to differentiate into any types of cell and thus form the complete organism is known as cellular totipotency.

The concept of cellular totipotency was given by German Botanist, Barberlandt (1902). 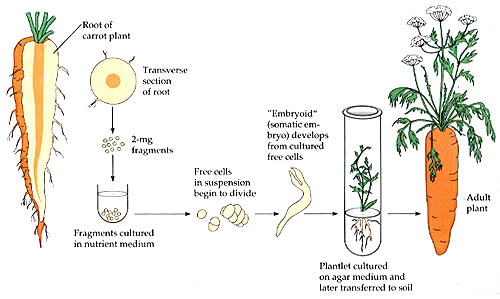 ﻿It proves that, even the mature cell that is differentiated cell when separated from the plant body and provided with suitable environment can dedifferentiate, divide, dedifferentiate and give rise to a new individual.