↪ Young modified the original form of Hooke's law which states that within elastic limit, stress is directly proportional to strain. That is,

Types of Moduli of Elasticity 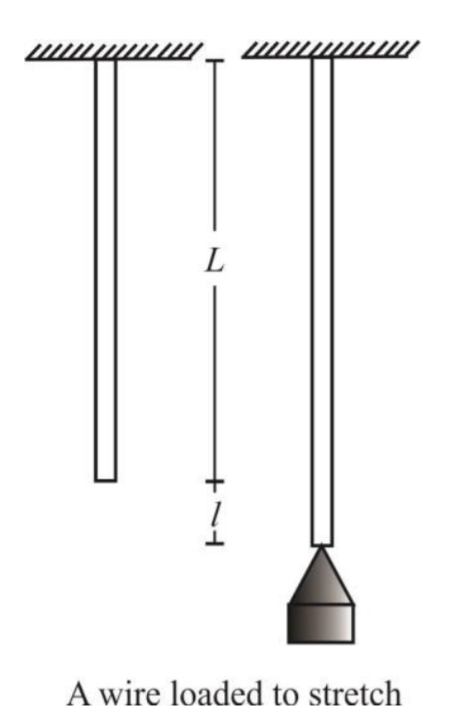 ↪ Suppose a uniform wire of length L and cross-section of area A is fixed at one end as shown in the figure.
↪ Suppose a force F is applied to the free end to pull down the wire and its length increases by an extension or elongation l.

↪ If the wire has cross-section of radius r, then

Applying different forces F at the free end, the corresponding extension l can be determined and the value of Y can be calculated experimentally. 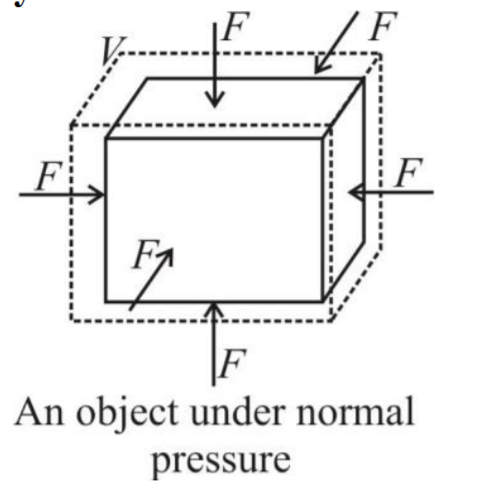 ↪ The bulk modulus of elasticity of an object is defined as the ratio of the excess pressure to the volume strain.
↪ Pressure is a particular kind of stress which changes in the volume of the object.
↪ A small increase in pressure ∆p applied to the object decreases in its volume from V to V – ∆V so that ∆V is a small decrease in volume.
↪ Thus from the definition, the bulk modulus B is

↪ The negative sign shows that the volume decreases as the pressure increases. The reciprocal of the bulk modulus is called the compressibility and is denoted by K. That is, 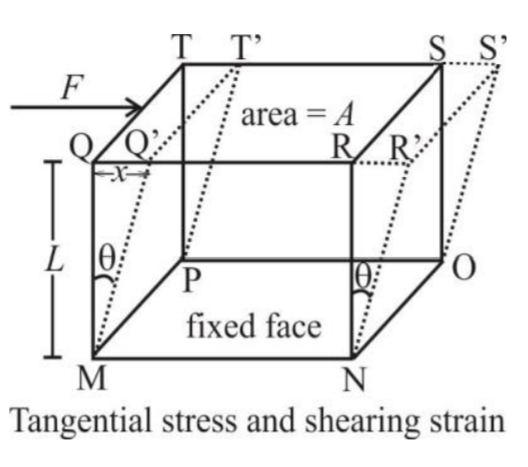 ↪ Let us consider a rectangular block whose lower face MNOP is fixed and upper face QRST is subjected to a tangential face F.
↪ Let A be the area of the face QRST.
↪ The upper face at a distance L from the lower face has been displaced through a distance QQ' = x so that the shear strain is 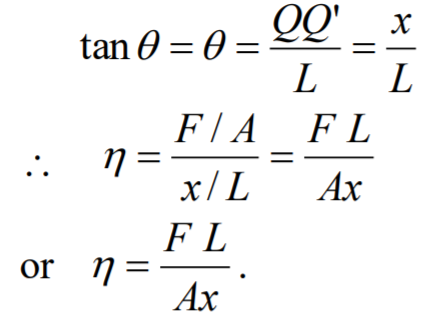