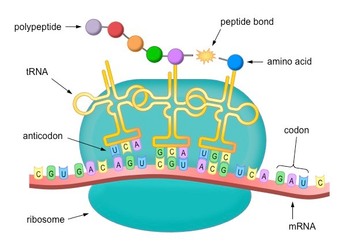 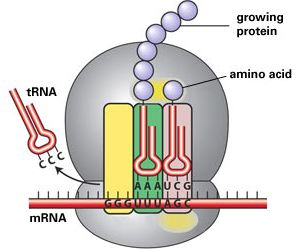 The different molecules required for protein synthesis are﻿:

DNA determines the type of protein to be synthesized. The protein synthesis is initiated, guided and regulated by DNA molecules.

It is a single stranded molecule that carries information for protein synthesis from DNA to cytoplasm. The information stored in the form of base sequence of mRNA is complementary to the base sequence present on template DNA. 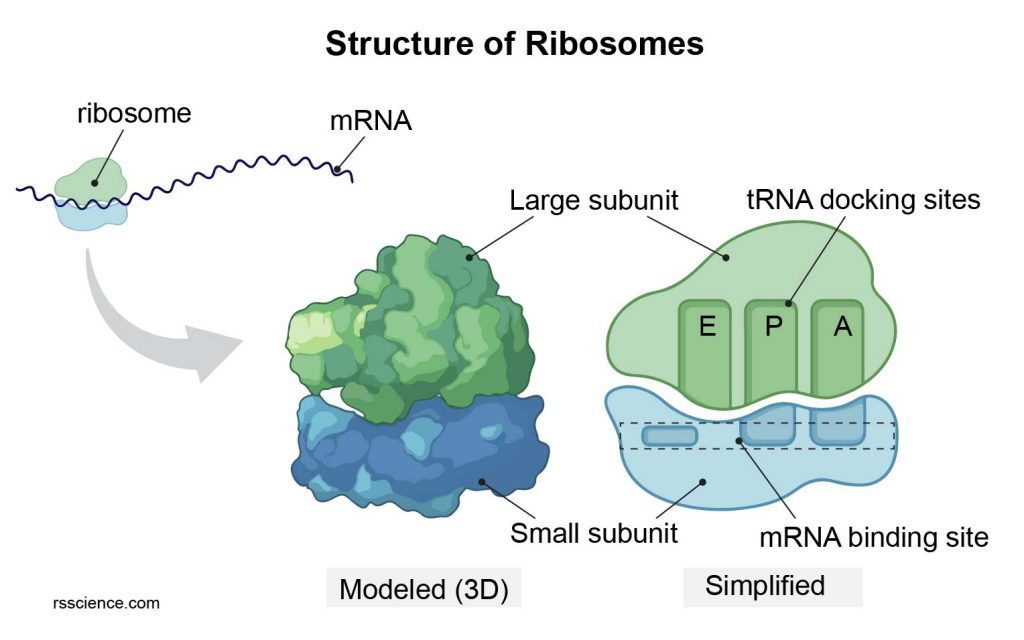 These are the sites of protein synthesis and are found in cytoplasm. They contain a number of enzymes responsible for the formation of polypeptide chain. Each ribosome has two sub units- a larger sub unit and a smaller sub unit.

i) A-site (amino acyl), which is the first binding site for tRNA in the ribosome.

ii)P-site (peptidyl) is the second binding site for tRNA in the ribosome.

iii) E-site (exit) is the third binding site for tRNA in the ribosome.

A number of enzymes responsible for the formation of polypeptide chain are amino acyl tRNA synthetase.

﻿The steps involved in protein synthesis (Translation) are:

It should be noticed that ﻿amino acyl RNA synthetases are specific with various amino acids. Therefore, for different amino acids, different enzymes would be required.

2. Transfer of amino acid to tRNA

Amino acyl-AMP-enzyme complex formed during above step reacts with particular tRNA. As a result the AMP and enzyme are liberated.

Aminoacyl tRNA with activated AA moves towards the mRNA in the smaller unit of ribosome and attaches to the first triplet AUG of the mRNA to form initiation complex with the help of GTP. Immediately after this, the larger sub unit comes and attaches with the smaller sub unit forming 70s/80s ribosome.

After formation of 70s/80s ribosomes the elongation of polypeptide chain begins with the regular adding of amino acid and relative movement of ribosomes and mRNA in presence of GTP at A site of ribosome. There is formation of peptide bond (between -COOH of AA at P site and -NH2 of AA of A site) by peptidyl transferase. Then there is the translocation of peptidyl tRNA from A site to P site and finally to E site by translocase. 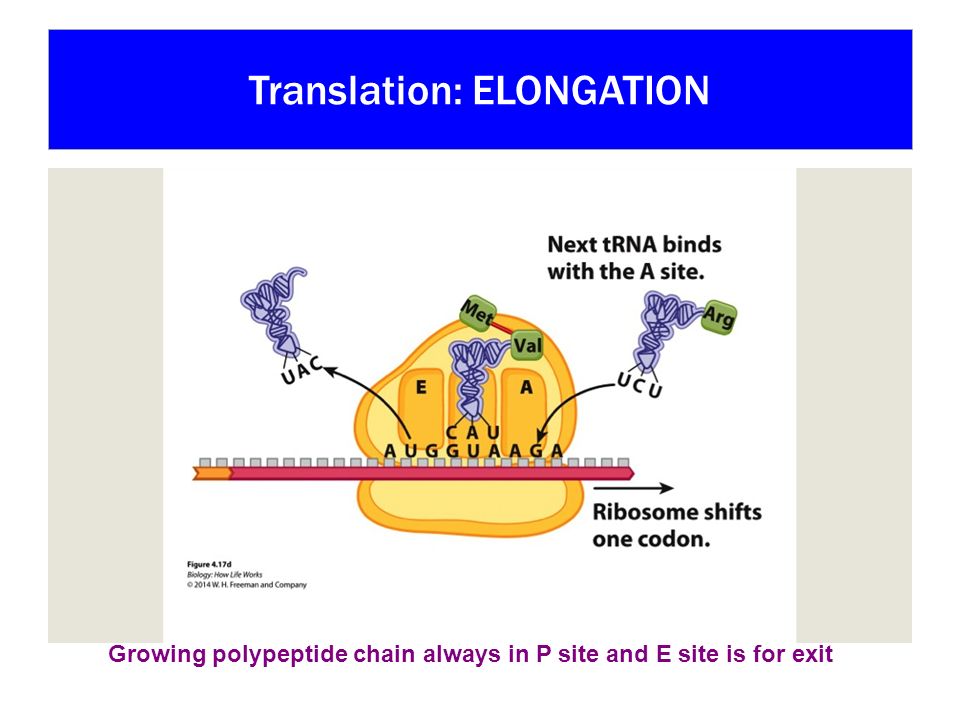 The chain elongation continues until a terminal codon (UAA, UAG or UGA) on the mRNA is reached. There is no tRNA with the anticodons complementary to these termination codons. So, when these codons expose to A site, no tRNA is attached and thus protein synthesis stops. Finally, the tRNA release from E site, protein releases from tRNA, two subunits of ribosome dissociates and the mRNA disintegrates.