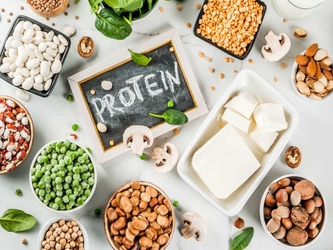 Proteins are the most complex chemical compounds formed of C,H,O,N (sometimes S and P)

Amino acids are linked together by the peptide bond. Peptide bond is formed by the union of the alpha carboxyl group (-COOH) of an amino acid with the alpha amino group (-NH2) of another amino acid and the molecule of water is eliminated.

This union of amino acids is known as a peptide linkage. 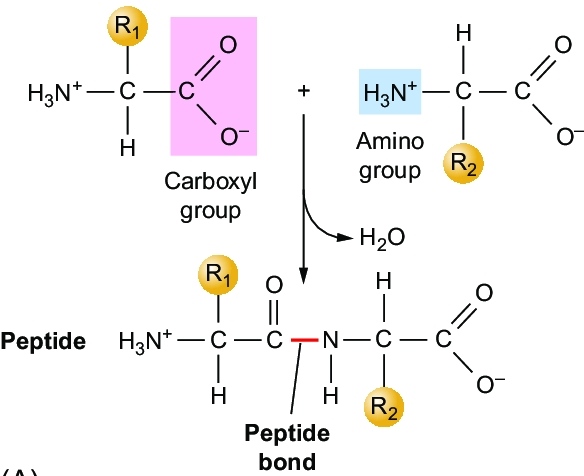 Based on the organization of protein, they have four different structures. 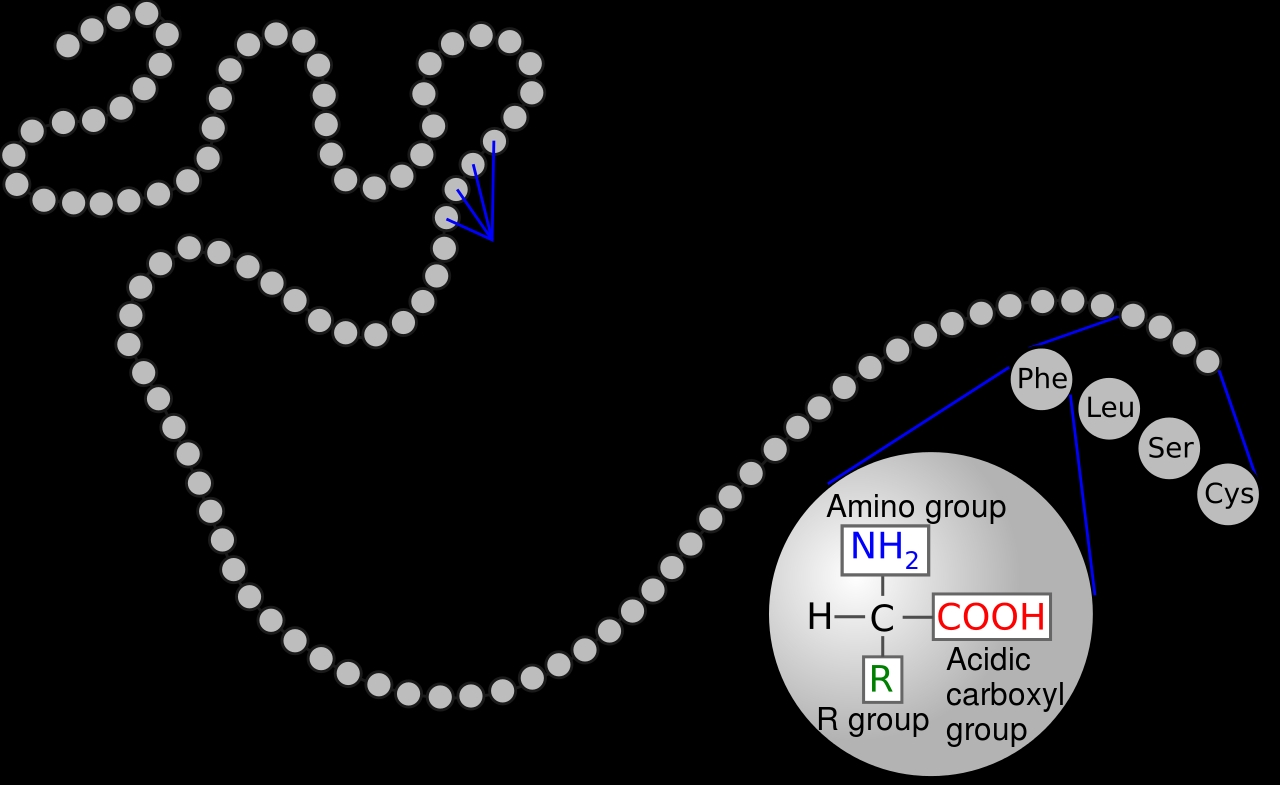 It is the basic, temporary and first formed structure. In this structure, amino acids are linked together only by peptide bonds. They are linear in structure. Insulin is the smallest protein which shows primary structure.

The secondary structure of protein is formed from primary structure due to the the formation of hydrogen bonds.

Hydrogen bonds are formed between O of one amino acid and H of another amino acid. 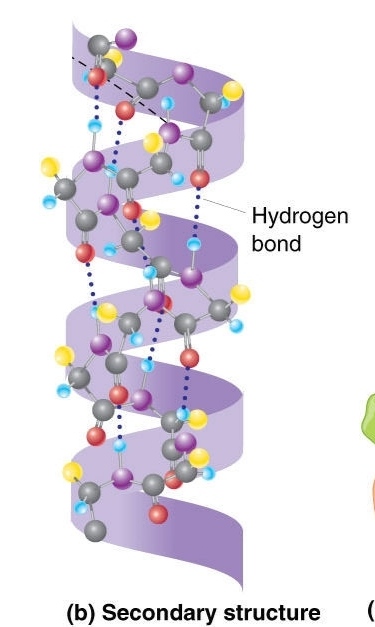 In this structure linear polypeptide changes into spiral shape. Hydrogen bond is formed between O of carboxylic (-CO)  group of one amino acid to H of amino group(-NH)  of fourth amino acid of the same polypeptide chain, for example: keratin of hair and fibrin of blood. 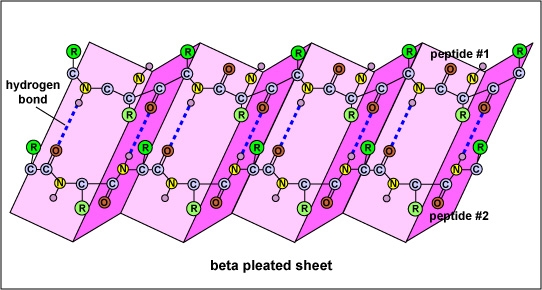 A sheet of polypeptide chain produced 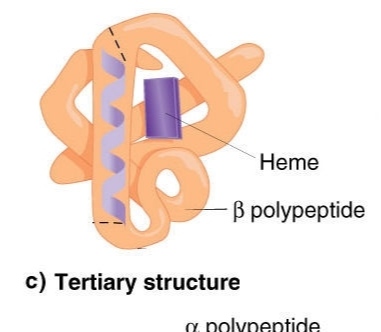 Tertiary structures are formed by twisting and folding of alpha helix to form a three dimensional structure. 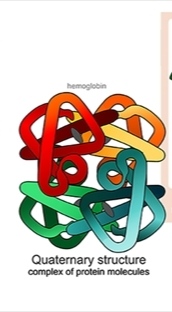