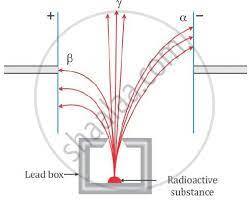 The process of dating an ancient object by measuring the proportion of 6﻿C12﻿ to its radioisotope 6﻿C14 ﻿. in a specimen is known as carbon dating.

The atmosphere contains carbon 6﻿C12﻿ and its radioisotope 6﻿C14﻿. Neutron by cosmic rays reacts with nitrogen in the air to form  6﻿C14﻿ as below:

Hence, the amount of   6﻿C14﻿ goes on decaying. As the living plant performs photosynthesis, the deacy of      6﻿C14﻿    is compensated by a new supply of it from atmospheric air and a radioactive equilibrium is reached where there is a fixed ratio of 6﻿C14﻿ to 6﻿C12

When the plant dies, no more 6﻿C14is taken in and that inside the plant begins to decay at a known rate without any replacements.   6﻿C14 ﻿ has half life of 5730 years. By determining the carbon content of a sample and measuring its activity, we can determine when the organism died or the life of that object.

Suppose the activity of some dead material was R0 at the time of death and it has been reduced to R after t years. Then, according to law of radioactive decay, we have

where T= 5730 years, the half-life of the radioactive carbon. SO,

Hence by measuring the activity R0 of the living plant and activity R of its dead material, the age t of that object can be determined.