An Introduction to Work and Energy 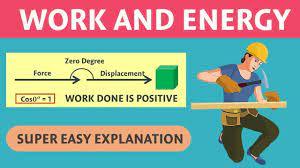 Work is said to be done by a force when the force produces a displacement in the body on which it acts in any direction except the direction perpendicular to the direction of the force.

The work is defined as the dot product between force and displacement.

F is constant force produces displacement (s) in the direction of force as shown in the figure: 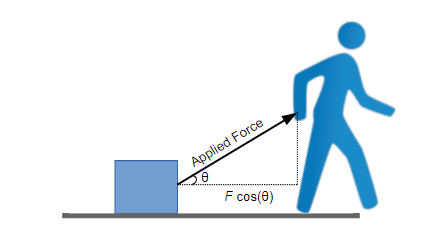 Energy is a word which tends to be used a lot in everyday life. Though it is often used quite loosely, it does have a very specific physical meaning.﻿Energy is a measurement of the ability of something to do work. It is not a material substance. Energy can be stored and measured in many forms.

The energy possessed by a body by virtue of it's motion or position is called mechanical energy.