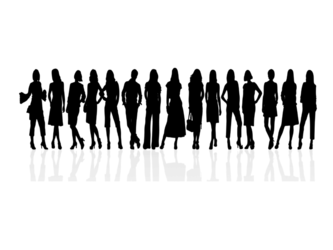 Ilene Kantrov, in her essay 'Women's Business', limns a portrait of Lydia Estes Pinkham, one of the most successful businesswoman as well as marketer of her time and then proceeds to tell about other  businesswomen who followed Pinkham's path and attained a lucrative career along with limelight.

The essay begins with the elucidation of Lydia E. Pinkham's marketing strategies which helped pave her journey to the top. In 1879, she appeared on the pages of newspapers and magazines, for her cure of 'falling of the womb' meaning abortion and all kinds of female weaknesses, namely 'Lydia E. Pinkham's Vegetable Compound'. In spite of being an unproven home remedy, her concern for the betterment of women and bold marketing techniques brought her a lot of attention in addition to money.

Kantrov then goes on to speak about other entrepreneurs of the twentieth century such as Helena Rubinstein, Elizabeth Arden, Margaret Rudkin along with Jennie Grossinger. Among them, Helena Rubinstein and Elizabeth Arden were not only competitors to each other in selling cosmetics but also in luring publicity by their marriages to European aristocrats. On one hand, Arden introduced many exotic medicinal concoctions and advocated yoga and other exercises for facial treatment and better fitness of women respectively. On the other hand, her rival Helena Rubinstein published a book expounding the benefits of eating raw foods. She always portrayed herself as a glamorous socialite but her misleading advertising claims had to be withdrawn when FDA forced her to.

Jennie Grossinger, who ran a resort hotel in upstate New York which was renowned for its food and entertainment, managed to last as a solicitous grandmother in the eyes of her customers. Furthermore, her resort began serving 150,000 guests per year soon after she hired a public relations man. Similarly, Margaret Rudkin produced an additive free wheat bread suitable for asthmatic patients, following the need to support her husband's income.

Next on this list are Gertrude Muller who invented the 'toidey seat' (meaning a baby seat to be used in toilets) and Annie Turnbo-Malone, a black female capitalist, whose hairdressing preparation was of questionable efficacy same as that of Lydia E. Pinkham's Vegetable Compound. While Muller later parlayed her invention to an entire line of child care products; Annie, on the other side, established herself as a social activist by establishing a school for training agents in her "poro" system of hairdressing.

The essay, however, takes a turning point in its last part where the writer exemplifies Lydia E. Pinkham as a passionate temperance advocate who had no regrets about selling her product which had an alcoholic content of 40 percent while also running an organization conducting movements against liquor.