1.1 Scalars:- Those quantities which have magnitude only but no direction is called scalars. For example: area, volume, length, speed, current, electric charge, frequency, potential intensity or radiation, flux of field or vector, etc.

1.2 Vectors:- Those quantities which have both magnitude and direction and follow the law of vector addition is called vectors. For examples: impulse, force, gravity, displacement, magnetic moment, angular velocity, gradient of any quantity length element, area element, field intensity, etc.

­-Necessary conditions to be a vector: Must have magnitude and direction

-Sufficient condition to be a vector: Must obey the vector addition law.

2.1 Types of vectors on major basis

i. Polar(or real) vector:- The vector having starting point(as in case of displacement) or point of application(as in the case of force) is called polar vector.

ii. Axial(or pseudo) vector:- The vector represents rotation and are always along the axis of rotation in accordance with right hand screw or right hand thumb rule.

-They don’t have natural direction.

Other special types of vector

i. Zero or null vector:- The vector having zero magnitude and indeterminant direction is called zero vector.

ix. Unit vector:- The vector having magnitude one is called unit vector.

-It represents the direction of the vector.

-And direction is given by,

is unit vector along the direction of

x.  Position vector:- The vectors which start from the origin to the coordinate system to the position of the vector is called position vector.

The process of combining two or more vectors in a single vector which is the resultant of them is called composition of vector.

3.2 Resultant of vectors or resultant vector

v  A single vector which produces same effect as is produced by individual vectors together is the resultant of the vectors.

There are three process of addition of vector:

are represented in magnitude and direction by two adjacent sides of a triangle taken in same order, the resultant are

is represented in both magnitude and direction by the third or closing side of the triangle in opposite vector. 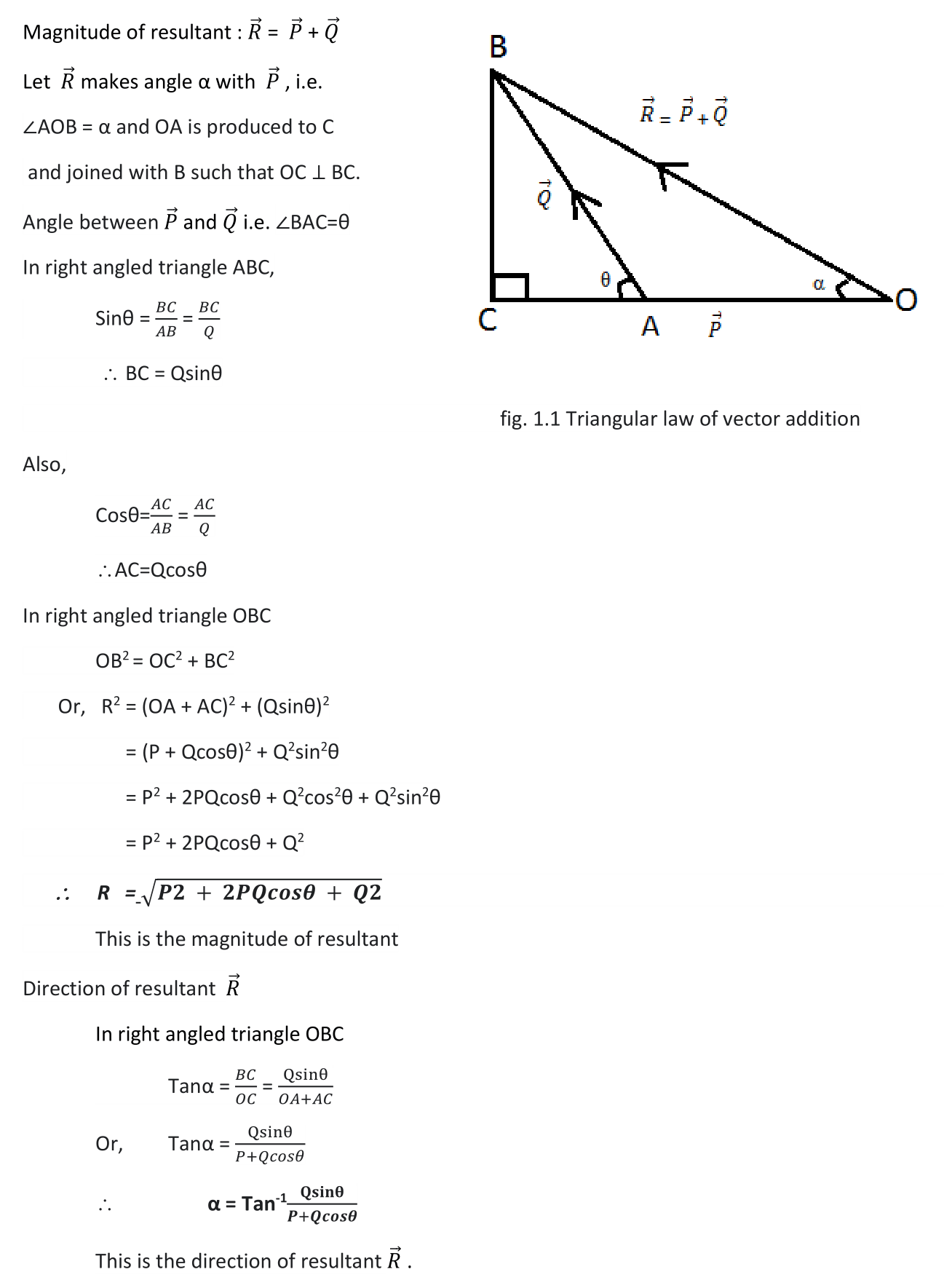 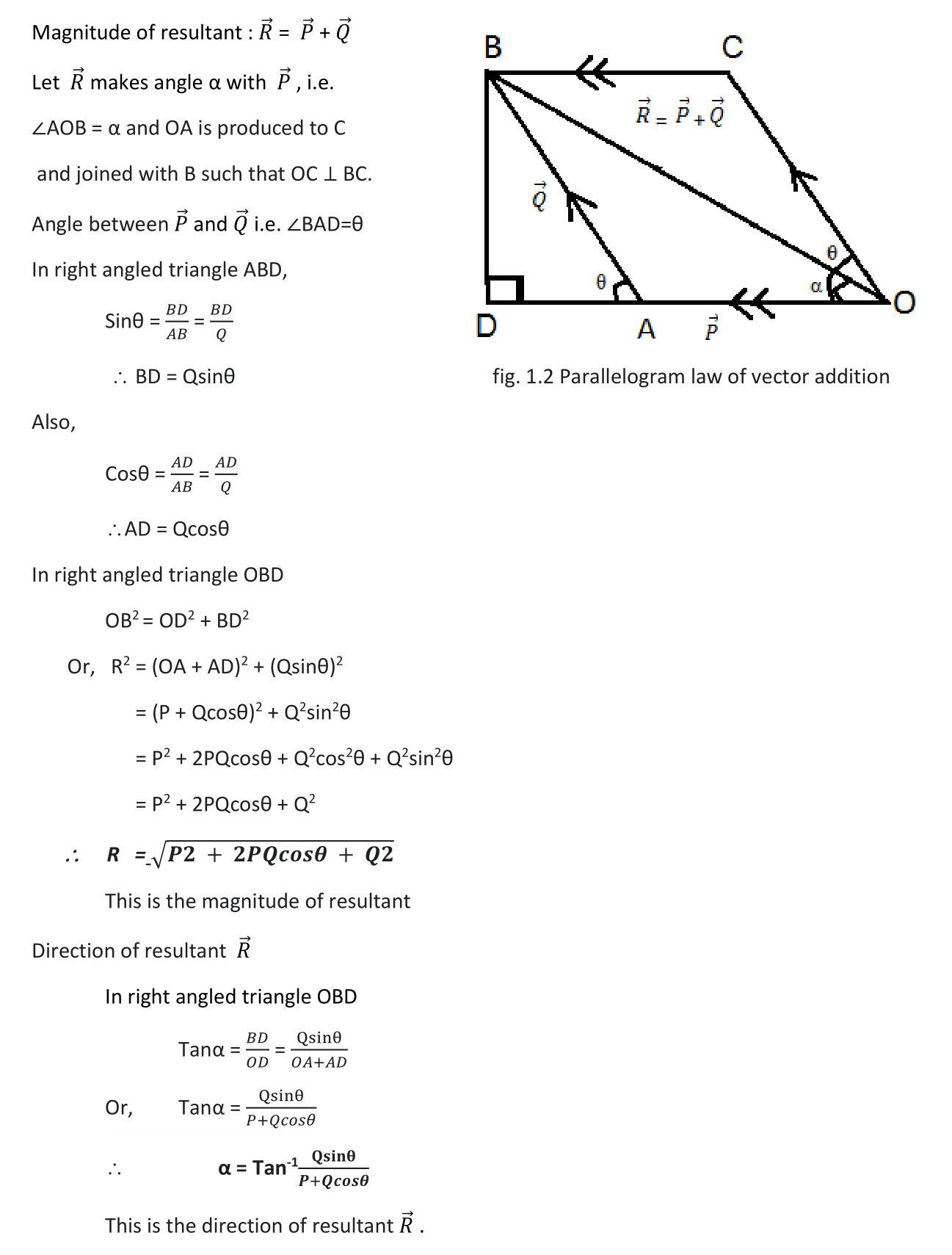 The process of splitting a vector into two or more vectors in different direction in a plane such that their sum gives back the original vector is called resolution of vector.

The split vectors are called the components of the given vector.

Rectangular components of a vector

If the vector is split into two vectors in a plane at right angle to each other then they are said to be rectangular components of given vector. 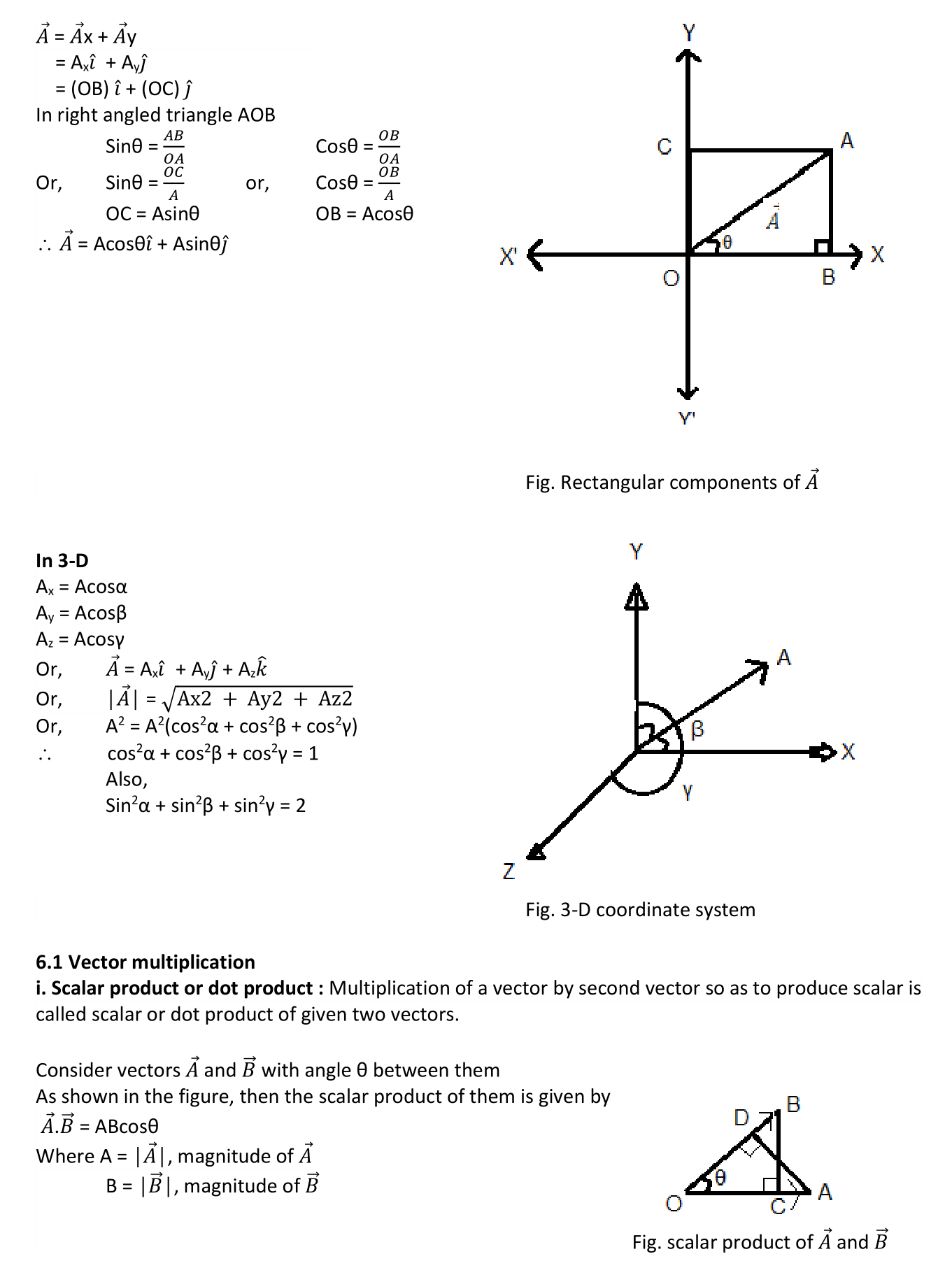 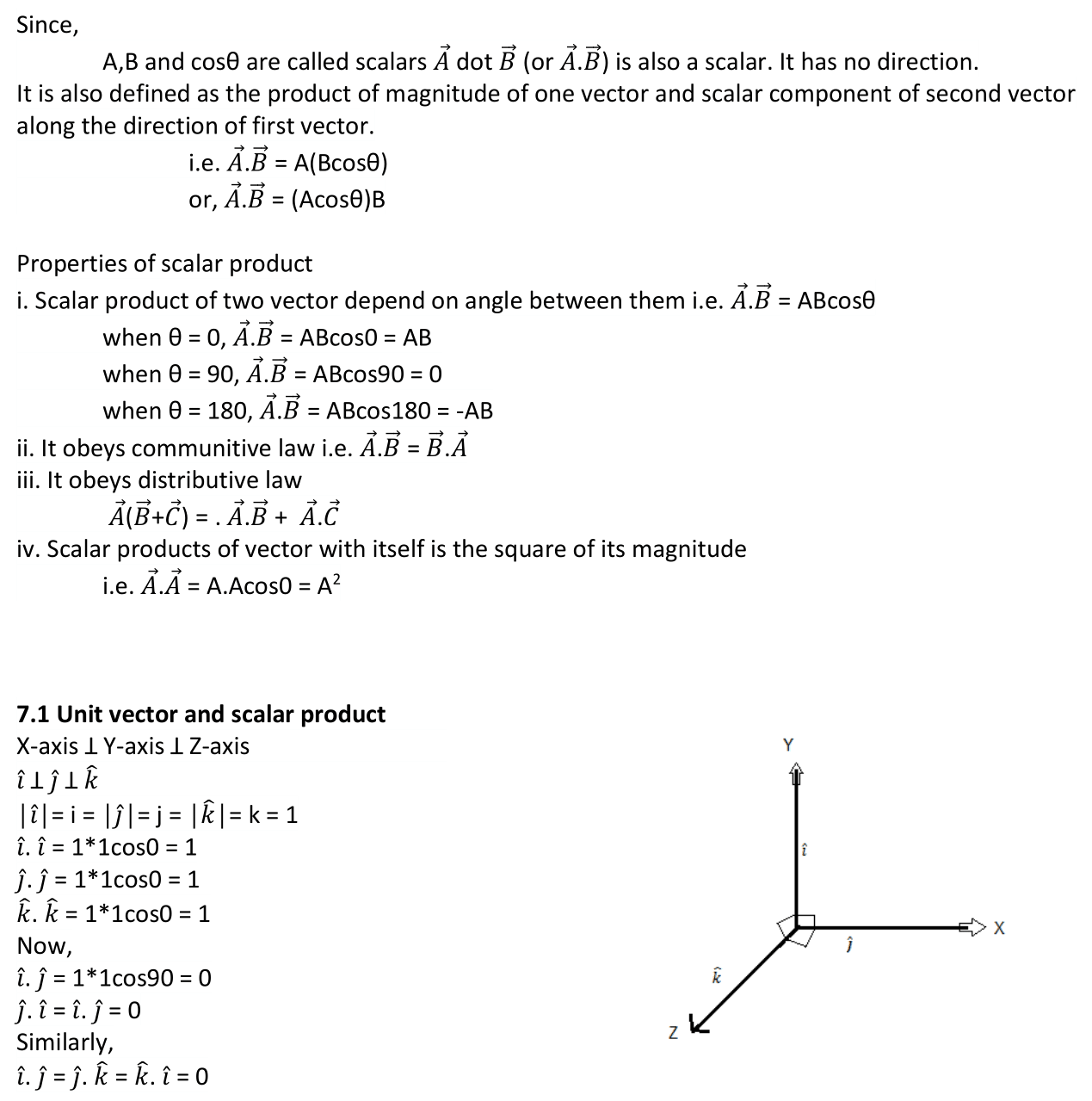 Motion: Motion is the combined property of the the object under study & the observer.

It is always relative. There is no such thing like that is absolute in rest or in absolute motion.

Motion is measured with respect to the observer of reference frame.

Reference frame: It is the place or point with respect to which the motion is observed & measured. It may be co-ordinate system.

will be inclined at some angle θ. 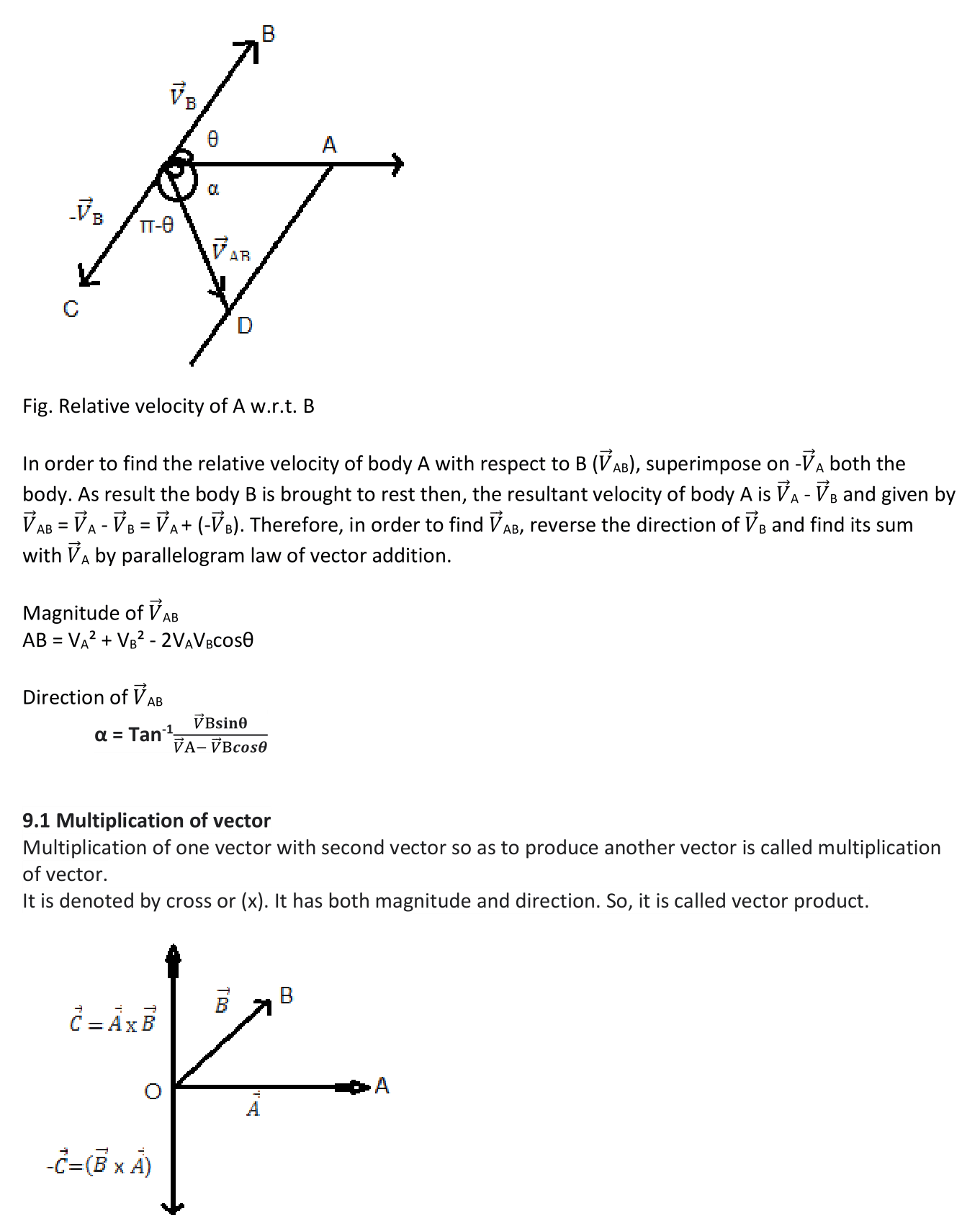 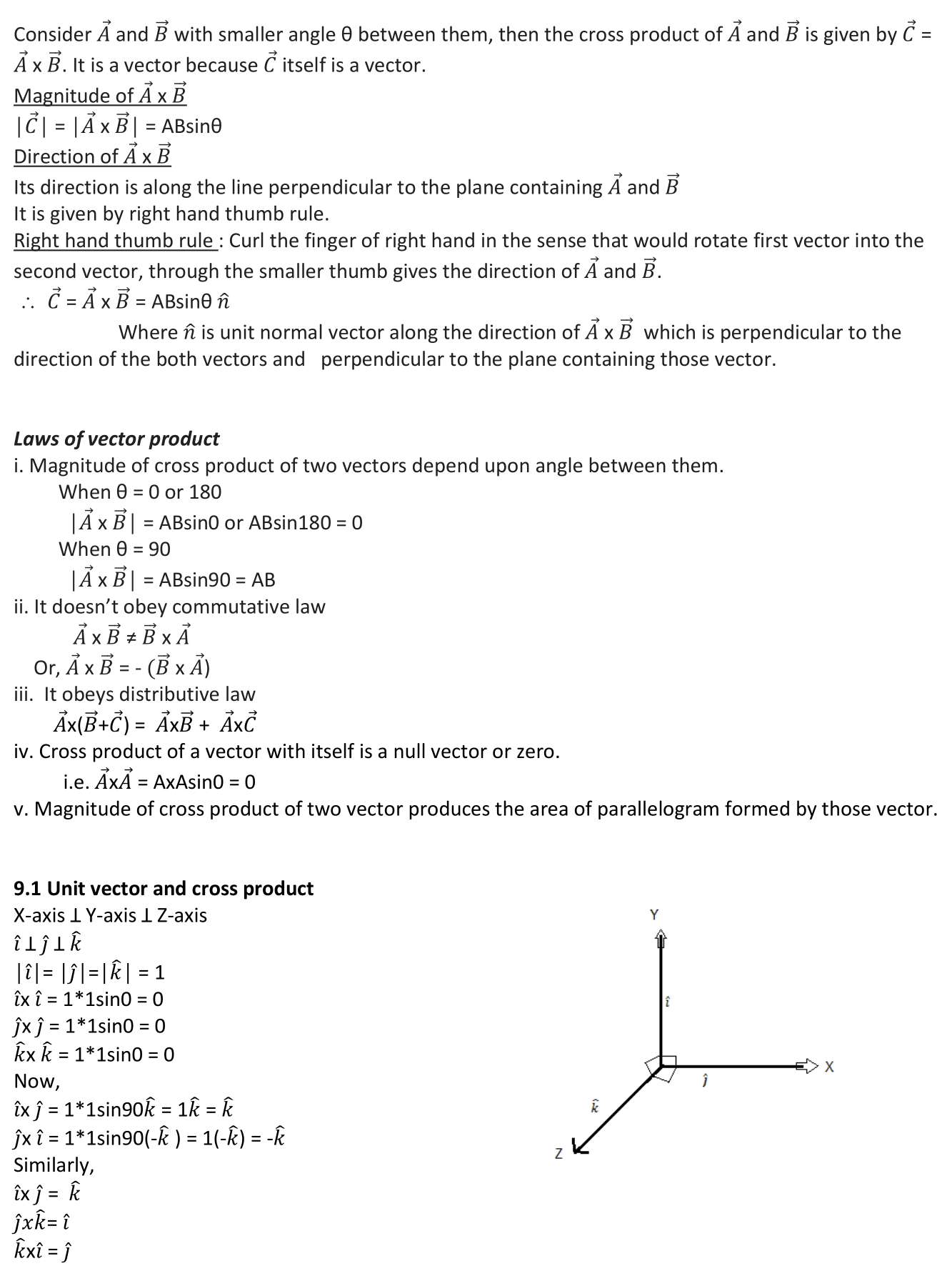