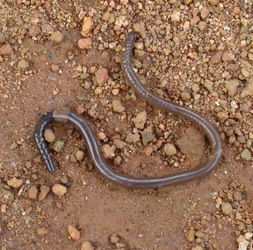 They are the largest nephridia and lie attached to both sides of each intersegmental septum behind the 15th segment.

It consists of the following parts: