The Last Voyage of The Ghost Ship 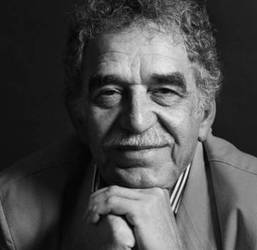 The Last Voyage of the Ghost Ship
- G.Garcia Marquez

The Last Voyage of the Ghost Ship is an interesting Story written by Gabriel Garcia Marquez. In the Story, the writer describes the growth of an ordinary boy (the narrator)to an assertive man to prove that one cannot be great in life without courage and determination.

According to the story, a small boy saw a ghost ship in the sea at night in the month of March. The ship was quite big and wonderful. It had no sound and light. It was moving without any control. The surprising thing was that it would disappear when there was light and would appear when there was no light. The boy was surprised by the ship but he thought he might have seen it in the dream.

The boy saw the same ship in the next month of March and told his mother about it. She didn’t believe him. She said that his mind was rotting. However, she had to send a boat to confirm whether it was the ship or not. The boatman saw nothing except some fish playing in the water. She became sad and worried about her son. One day, she bought a chair and began to sit on it. She remembered her husband and after some time she died. The other four women also, died so it was an accursed chair. Finally, the chair was thrown into the sea. The boy became an orphan and he didn't want to live with anyone's mercy. As an orphan, he lived on stealing fish. He was all alone, Villagers did not help him.

In the next Match again he saw the same ship and talked to the villagers about it. The villagers also thought him to be mad and he was severely beaten. Then, he decided not to talk to anyone about it but he tried to show who he was. In the next year, he saw the same ship and followed it rowing a boat. When the light of the lighthouse fell upon it, it disappeared and the boy fell in a problem. He lit a lantern and saw the ship again. He rowed his boat near to the ship and brought it under control. He found nobody on the ship and brought it to the harbor near his village. He called the villagers and the villagers were surprised at seeing the ship larger than the village. Thus, the boy proved himself to beg an assertive Young man. He showed the villagers who he was. It means that if a person works hard to develop his career without losing patience, he can certainly get success in his life.