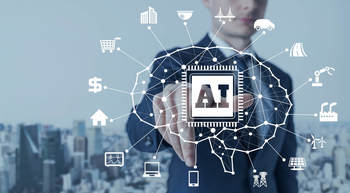 What is Artificial Intelligence?

AI is intelligence of machines and branch of computer science that aims to create it. AI consists of design of intelligent agents, which is a program that perceives its environment and takes action that maximizes its chance of success. With AI it comes issues like deduction, reasoning, problem solving, knowledge representation, planning, learning, natural language processing, perceptron, etc.

“Artificial Intelligence is the part of computer science concerned with designing intelligence computer systems, that is, systems that exhibit the characteristics we associate with intelligence in human behavior.”

Symbolic Reasoning: reasoning about objects represented by symbols, and their properties and relationships, not just numerical calculations.

Knowledge: General principles are stored in the program and used for reasoning about novel situations.

Search: a ``weak method'' for finding a solution to a problem when no direct method exists. Problem: combinatoric explosion of possibilities.

Flexible Control: Direction of processing can be changed by changing facts in the environment.

Artificial intelligence is mostly used in games to create interactive, intelligent or similar to player like character in non player character (NPC) to make the game more interactive and fun.

Many softwares use artificial intelligence to make independent decisions to solve various problems that arise with no or minimum human assistance.

Artificial intelligence is used to create expert systems that is designed to solve complex problems like a human expert which normal people cannot do.

Artificial intelligence is used to create robots or other machineries which can think and work on their own.

Artificial intelligence is used in various softwares to recognise different languages and get proper instructions from the language to think and solve the problem on their own.

With the help of computer vision computers can interpret what they see from the images. It is possible due to artificial intelligence.