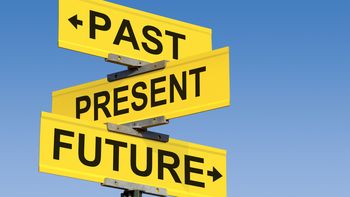 Eg.2 States the action as incomplete or on-going.

Eg.3 shows that the action mentioned is finished, complete, or perfect at the time of speaking.

Eg.4 shows that the action is going on continuously and not completed at this present moment.

Similar example for all other tenses is shown in the picture below:- 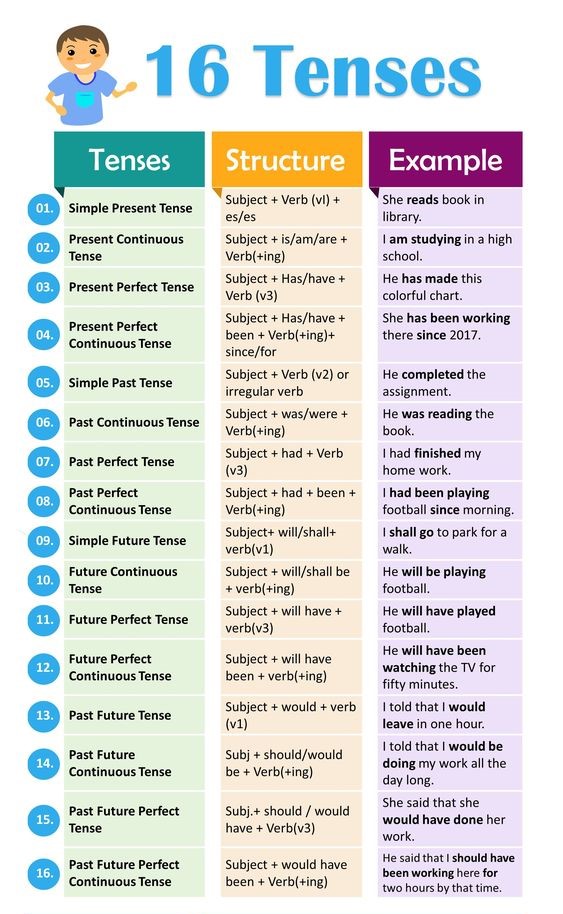 THE USES OF PAST, PRESENT AND FUTURE TENSES

Eg. If it rains, we shall get wet.

Eg. It is raining heavily.

Eg. I am reading the ‘Divergent’ series. (but not at the moment)

Eg. My uncle is arriving tonight.

Eg. He has just gone out.

Eg. Have you watched, “Your name”?

Eg. Tris ate all the biscuits. (There isn’t any left for you.)

Eg. He has been ill since last week.

Eg. He has been reading for four hours. (and is still reading)

Eg. The clothes are wet because I have been watering the garden.

Sometimes, it’s used without the adverb of time. In such cases, the time is either implied or indicated by context.

Eg. I learnt table tennis in the basement hall.

Eg. Tessie studied for many hours a day.

Eg. It was getting darker.

Eg. He was always playing chess.

Eg. Taki met Mitsuha in Tokyo in 2013. Taki had seen her last three years before in Itamori.

Eg. I had written the letter before he arrived.

Eg. At that time, she had been writing a novel for three months.

Eg. I shall be sixteen later this year.

Eg. It is raining. I will take an umbrella.

Eg. It is going to rain. Look at those clouds.

Eg. Look! The cracker is going to explode.

Eg. Don’t go out now. We’re about to have lunch.

Eg. I suppose it will be raining when we leave tomorrow.

Eg. Fernando will be meeting us next week.

We use (be to + base form) to talk about official plans or arrangements.

Eg. The conference is to discuss “Space exploration.”

Eg. Ivin shall have published the book by then.

(this tense is not very common.)

Eg. By next June, we shall have been studying here for two years.