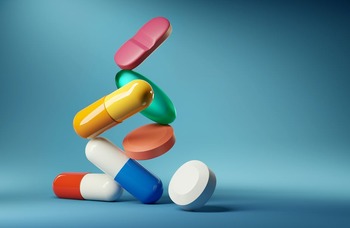 Antibiotics are the chemical substances produced by microorganisms such as bacteria and fungi that are capable of destroying or inhibiting the growth of microorganisms. They may either kill or inhibit the growth of bacteria. A limited number of antibiotics also possess antiprotozoal activity. Antibiotics are not effective against viruses such as the common cold or influenza; drugs that inhibit viruses are termed antiviral drugs or antivirals rather than antibiotics.

In 1928, Sir Alexander Fleming postulated the existence of penicillin, a molecule produced by certain molds that kill or stop the growth of certain kinds of bacteria. Fleming was working on a culture of disease-causing bacteria when he noticed the spores of a green mold, Penicillium chrysogenum, in one of his culture plates. He observed that the presence of the mold killed or prevented the growth of the bacteria. Fleming postulated that the mold must secrete an antibacterial substance, which he named penicillin in 1928.

·         Aminoglycosides - for example, gentamicin and tobramycin.

·         Sulfonamides and trimethoprim - for example, co-trimoxazole.

There are a selected few antibiotics that are in use for control of cancer growth, although with limited success e.g. actinomycin D, mitomycin C.

Certain antibiotics are used in the canning industry (e.g. chlortetracycline), and for the preservation of fish, meat, and Poultry (e.g. Pimancin nisin). The use of antibiotics in food Preservation is usually under the control of the Governments.

Till some time ago, antibiotics (penicillins, tetracyclines, erythromycins) were very widely used in the processing of animal feeds. Such an indiscriminate use resulted in the development of antibiotic resistance in animals and humans. A new class of antibiotics has been developed for specific use in animal feed e.g. enduracidin, tylosin. Likewise, specific antibiotics have been developed for exclusive use in veterinary medicine e.g. hygromycin B, thiostrepton, salinomycin.

4. Antibiotics for control of plant diseases:

In recent years, several antibiotics have been developed for exclusive use to control plant diseases e.g. blasticidin, tetranactin, polyoxin.

5. Antibiotics as tools in molecular biology:

Some of the antibiotics can selectively inhibit certain biological reactions at the molecular level. These antibiotics do in fact serve as tools for exploring the knowledge of life sciences. Thus, certain antibiotics have been used to obtain some important information on DNA replication, transcription, and translation.