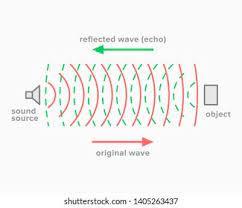 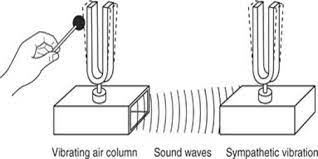 The branch of science that deals with the process of production, transmission, and reception of the sound is called acoustics.

Longitudinal waves move to create the pressure difference in the medium. The region with the maximum pressure is pressure amplitude.

Thus, it is the maximum change in the pressure at a point in a medium when a wave travel through the medium.

The pleasant sound to a listener is known as Musical sound. It is regular, periodic and continuous.

Whereas, the sound that irritates the listener is known as Noise. The undesirable sound that is non-periodic, discontinuous waves produces by irregular disturbances in the medium.

Some characteristic features of the Musical sound.

Pitch: Firstly, it is a subjective term that can’t be measured quantitatively. The pitch of the sound depends primarily upon the frequency of the vibrations of the air. It's like the colour of the light i.e. particular frequency of the wave is referred as the high/low pitch and it varies from person to person.

E.g. A deaf person can say the pitch of a given sound is Zero but not the frequency.

Loudness: It is also, the subjective term where it varies from person to person i.e. it depends on the listener.

The loudness of the sound depends upon:

1 Amplitude of sounding body: Greater the amplitude larger the intensity of sound.

2. Surface area of the vibrating source: Greater the surface area loudness of sound is also larger. For example, sound from the large drum is of larger intensity.

3. Presence of other bodies: If there is a sound-reflecting object near to the source the loudness of the sound increases. That why we hear a much louder sound inside the room than outside.

5. Distance between the source and listener: The loudness of the sound decreases as distance increases.

Quality or timber: It is the factor that determines the characteristics of the sound having the same pitch and loudness. It depends on the number and intensity of the harmonics.

It is the lowest intensity of sound that can be heard by our ears is called the threshold of hearing.

The intensity of the sound is defined as the rate of transfer of sound through one square meter area held normally at the place where the sound travels.

Intensity level: it is defined as the logarithm of the ratio of the intensity of the sound to an arbitrarily chosen intensity i.e. L= log10 (I/I0)

Where I is the intensity of the wave and I0 be the arbitrary intensity taken as 10-12Wm-2 and the minimum intensity of the sound that can be heard by our ear is called threshold hearing. It is denoted by I0 and the value is equal to 10-12Wm-2.