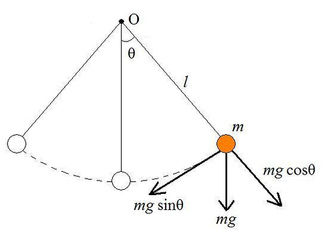 Periodic motion is the motion that repeats itself at equal intervals of time. Examples are:

The interval of time after which the motion is repeated is called the time period of the motion.

Definition of s.h.m.: It is defined as the motion in which the acceleration is always directed towards the mean position (a fixed point) and is directly proportional to the displacement from the mean position.

The displacement y of a particle executing s.h.m. at any instant is given by. 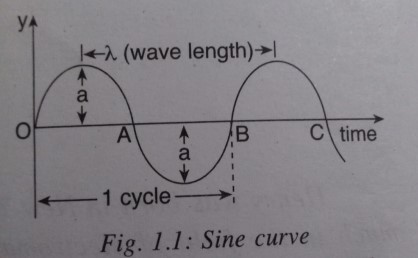 The displacement-time curve for s.h.m. is the sine curve as shown in the figure. In an electromagnetic wave, y in equation (1) may represent the component of the electric or magnetic field vectors at a certain instant.