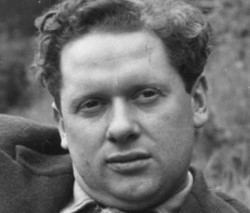 “A Story” written by an Irish poet and short writer Dylan Thomas presents events from the perspective of a small boy. The boy narrates those happenings which he comes across in his childhood. His description is full of humor and satire. The age people are shown as if they are stupid stuff. The writer has created a world of absurd people through a boy's narration.

This humorous story is narrated by a very young boy who is living with Ill's uncle and aunt. In this story, the boy presents the adults' world from a child's point of view. This story is about a day's outline of Prothcrawl by motorcoach. In the first part of the story, the boy describes his uncle and aunt using metaphors and similes. The uncle was big and noisy whereas his wife was small and quiet who used on padded paws. The boy compares his uncle with a buffalo and a dismantled ship. He compared his aunt with a mouse because of her nibbling habit and tiny tone. Every Saturday night after heated agreements, the aunt used to hit the uncle on the head after the uncle lifted her on to a chair. The boy also describes the uncle's few friends in the story Mr. Benjamin Franklyn collected the money for the outing and bought 20 cases of light wine. Wil Sentry kept a strict vigil on Benjamin by following him everywhere in order to guard the money.

One Sunday evening, Benjamin and Will Sentry came to an uncle with a list of persons who had paid for the outing. After their departure, the aunt asked the uncle to choose either her or the outing. The uncle, however, chooses the outing at which she became furious at breakfast. The next Sunday the boy found that the aunt has already left the house.

Finally, the boy describes the outing the uncle and his friends made a trip to Port crawl for the outing. When they were out of the village for the outing destination, they found that Old O'Jones had been left behind and they had to go back to the village to pick him. After O'Jones got on,   Mr. Weazely wanted to go home to take his teeth. However, his friends convinced him that the teeth wouldn't be necessary for him in the outing. On the way to the Porthcawl, they stopped at every public house (Bar) and drank alcohol heaving the boy outside as children were not allowed into the bars. They didn't actually arrive at Porthcawl. It was already late. O1d O'Jones started cooking his dinner with a kerosene stove and other members started drinking alcohol sitting in a circle in front of the closed bar. The boy began to sleep leaning on his uncle's waistcoat.

The writer in the story is also able to create humor by describing their behavior. However, the writer points out the bitter aspect connected with human behavior and the habit of drinking alcohol. The alcoholic drink may change people's behavior making them selfish, cruel and indifferent towards others suffering. Alcohol brings a nice atmosphere of uncle's family on the verge of breakfast. Uncle and his friends also exhibited cruelty towards the boy after drinking alcohol as they were careless him during the entire trip.