1. Allele: An allele is one form of a gene or a pair of matching genes. There maybe two or more alleles of a gene. Diploid organisms contain two alleles, one on each pair of chromosomes. For example, in pea plants, the height of pea plant may have a tall allele or a short one. In genetics, allele is defined by letters, eg. TT, RR, Rr, etc.

2. Homozygous: When both allele of a particular gene are identical; it is called homozygous. Such an individual is called pure breeding because this type of individual always produces the same phenotype of offspring as it doesn’t hide from the recessive allele. For example, RR (pure red), TT (pure tall), etc.

3. Heterozygous: When two alleles of a gene are not identical, it is called heterozygous. A heterozygous individual contains one dominant and another recessive allele. It is also called hybrid. For example: Rr (hybrid red), Tt (Hybrid tall), etc.

6. Genes: Gene are tiny units of heredity located in the chromosomes. They are responsible for inheritance of characteristic from one generation to another.

8. Genotype: The genetic makeup or genetic constitution of an organism is called genotype. It can help to determine parental characteristics of an organism. . It’s expressed in words as, pure tall (TT), dwarf(tt), etc.

9. Hybrids: Hybrids are the organisms produced after cross fertilization between two genetically different organisms. The process by which hybrids are formed is called hybridization. They are of various types: Monohybrids, Dihybrids, etc.

10. Monohybrid cross:  The cross involving only one pair of contrasting characteristics is called monohybrid cross. As a result of such cross, offspring of phenotypic ratio 3:1 is formed.

11. Dihybrid cross: The cross involving two pairs of contrasting characteristics is called dihybrid cross. As a result of such cross, offspring of phenotypic ratio 9:3:3:1 is formed.

14. Mutation: A sudden heritable change in the genetic material of an organism is called mutation. It is caused as a result of various factors such as UV-rays, X-rays, Gamma rays, etc.

15. Variation: The structural difference that provides individuality to each member of a species is called variation. The structural and functional differences of a factors like food, light, temperature, etc. are responsible for bringing out variation among organisms. 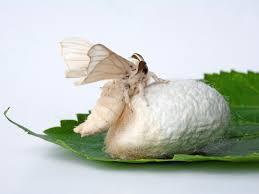 Silkworm:     Silkworm forms a quality of fibre called silk. From the business point of view, mainly 2 kinds of silkworms are found in Nepal. The... 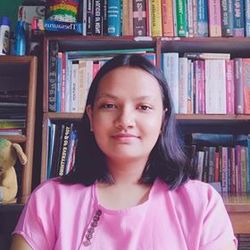