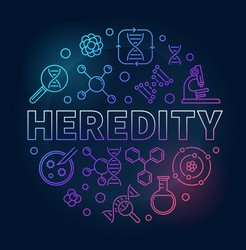 Although the offspring closely resemble their parents, they aren’t entirely identical to them. There may be morphological, physiological and behavioristic among the individuals of species. Those differences are known as variation. So, variation can be defined as the differences in the characteristics, or traits, among the individuals of a species. These differences in traits, or variation, is necessary for organic evolution. The branch of science that deals with the study of heredity and variation is called genetics. It can also be defined as the biological science of inheritance.

The term genetics was first coined by W. Batesman in 1905 AD. The first study of genetics was carried out by Austrian Monk Gregor Johann Mendel (1822-1884). He introduced the concept of genes as the basic units of heredity. Mendel carried out his scientific investigation on hybridization of pea plants. He established the laws of inheritance of characteristics in 1865-66 AD. The results of his eight years breeding experiments were read before the “Natural History of Society of Brun (Austria) in 1865 AD. However, his worked remained unnoticed until 1900 AD. Mendel died in 1884 AD before he could see his work accepted and appreciated.

MENDEL’S MATERIAL FOR HIS EXPERIMENT

Gregor Mendel conducted his experiments over a period of eight years on the common edible garden pea plant (Pisum Sativum) in his monastery garden at Brunn, Austria. Mendel Chose pea plant for his experiment due to these reasons: -

The seven pair of contrasting characteristics of pea plant that Mendel studied were:

DOMINANT AND RECESSIVE CHARACTERISTICS IN HUMANS: 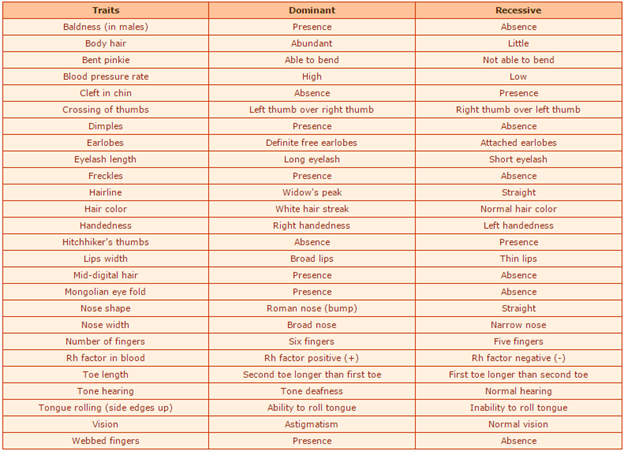 Mendel had idea that a pea plant inherits two genes of information for  a single characteristic, one from each parent in each generation. So, he selected seven pairs of contrasting characteristics of a garden pea plant. The process of his experiment was:

3.       Covered flowers with bags to avoid further pollen grains to fall into it.

His experiment can be demonstrated as follows: - 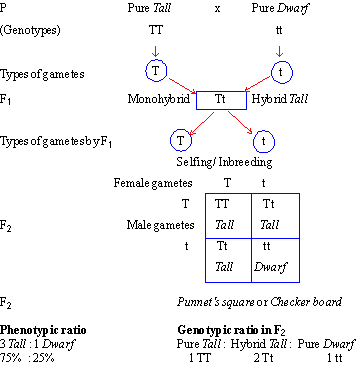 It states that, “In crossing between pure organisms having contrasting pair of characteristics of a pair, only one character appears in the first filial generation.”

Mendel's Law of Segregation states that, "a diploid organism passes a randomly selected allele for a trait to its offspring, such that the offspring receives one allele from each parent."

Mendel's law of independent assortment states that, “genes do not influence each other with regard to the sorting of alleles into gametes; every possible combination of alleles for every gene is equally likely to occur.”