How to make gametes for genetic crosses? 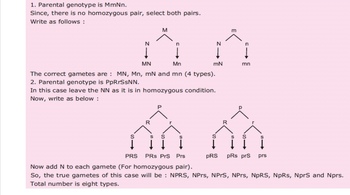 First of all you have to  understand what basically an allele is:

Alleles are different alternative forms of a gene ( gene is basically the smallest segment of DNA which determines the hereditary character .

For example : If you have a gene which determines your hair colour, then black, white, grey, brown ,etc are the alleles.

You can alternatively think gene as a common noun ( I have just used english basics) where Allele is the proper noun.

This was basic concept of allele. You can learn any scientific definition easily after having this simple concept .

1. Quality i.e type of gamete is important . You need not consider the quantity at all.

2. The no of alleles in gamete is half of parental allele.

3. Gamete must contain alleles for each character, shown in parental genotype.

If parental genotype is CCDD.

So, the correct gamete should be CD

4. When all alleles in the genotype of the parent are in homozygous condition ( Both alleles are same like, AA, BB,etc ) then, only one type of the gametes are produced . In such case, take one allele for each character.

a. Parental genotype AA , gamete will be A i.e. half no of alleles, consist of all character ( in this case only one character i.e. A )

b. Parental genotype aa, gamete willl be a.

As mentioned above, types of gametes will be as much as the number of heterozygous characters.

Note: The types of gametes will be (2^n ) where , n is the number of heterozygous pairs ( allele pairs)

1. If parental genotype is AABB,

In this case, none of the character is in heterozygous condition. The value of n is 0.

So, by formula 2^n , the types of gametes wil le 2^0=1 ( but ,we already knew that homozygousity will produce  only one type of gamete )

Note : Don't be confused with type of allele and it's number. We are dealing with quantity ( or type ), This is just ratio calculation.

2. If parental genotype is AABb,

3.If parental genotype is AaBbCc,

In this case, all three allele pairs are in heterozygous condition so, in this case, type of gamete will be 2^3=8 i.e 8 different types  of gametes will be produced.

a. For preparing the type of allele, use Bifurcation method.

b. Write , both the capital and small alphabet of one allele pair at short distance.

c. Now, write both the capital and small alphabet of other heterozygous allele pair( in bifurcating manner ) against each alphabet of previous pair. Repeat this process for remaining allele pairs.

Language seems quite weird  right ,but, The picture will make it clear, don't worry! 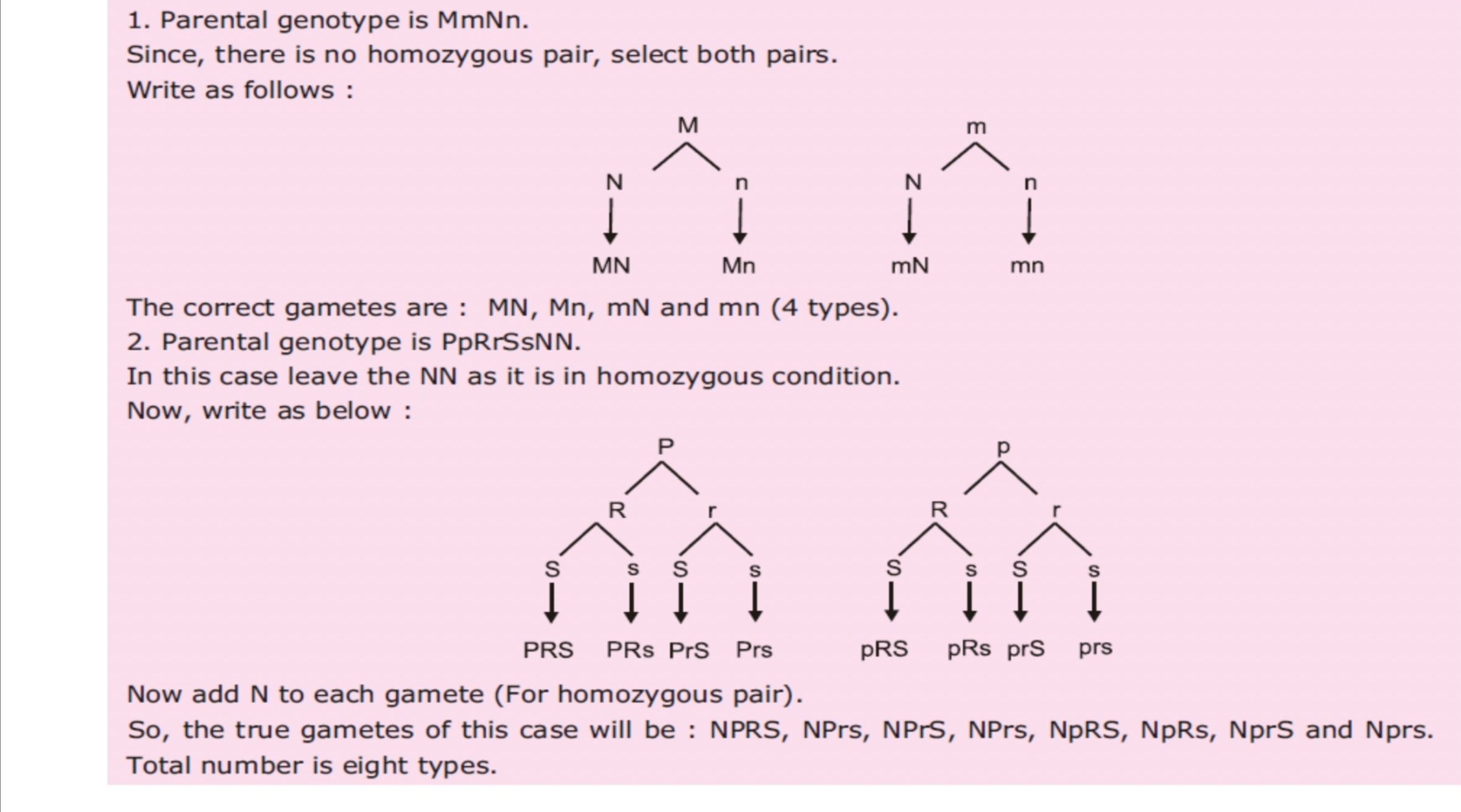 I think , you guys are clear now.

Practise some questions : ( find no and type of gametes )

You can create as many questions as you can.

twelve biology Linkage and Crossing Over