Motion of a charged particle in a magnetic field 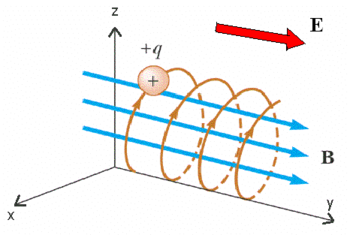 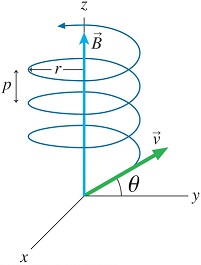 Let, 'v' be the velocity of charged particle and let be the angle made with magnetic field. Let, 'q' be the charge carried and 'B' be the magnetic field strength.

Since the magnetic field will try to make body move in circular direction. So,

Pitch of Helix: This is the linear distance travelled during a complete time period. So,

These are the general formulae that can be used to find various terms on any angle. But if the angle made is 90. or the body is moving perpendicularly then,