Force on Moving Charge in a Magnetic Field 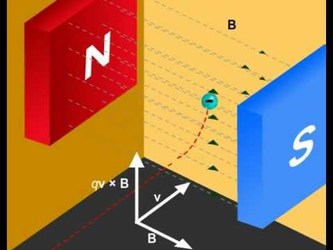 Force on moving charge in a magnetic field

Consider a moving unit positive charge is placed in a magnetic field B with charge +q moving with velocity v making angle θ with the magnetic field.
Here, the charge experiences a force that is perpendicular to the plane of B and v. Experimentally it is found that magnitude of magnetic force F is: 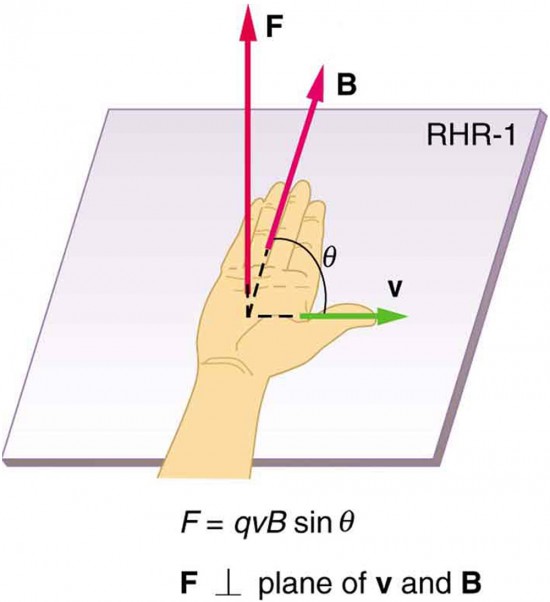 Combining above equations, we get

F ∝ qvBsinθ
or, F = kqvBsinθ
where, k is proportionality constant and its value is 1 in SI - units. So, we have force,

. This force is called Lorentz magnetic force. We see that F is perpendicular to the plane containing v and B.