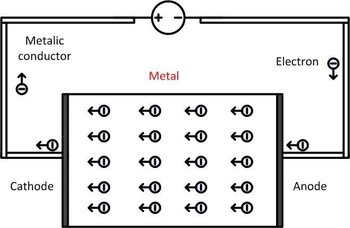 Random motion of an electron in a metallic crystal in the absence of electric field.

Thus the average velocity acquired by the free electrons in a conductor subjected to an electric field is called drift velocity.