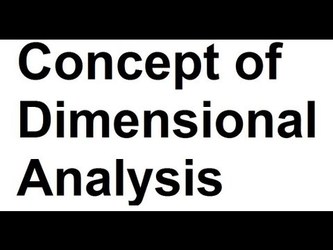 The dimension of mass is 1, length is 1 and time is –2 in force and the representation [MLT–2] is called dimensional formula of force.

Principle of homogeneity of dimension: