An early theory of supposition which is formed on the basis of scientific ideas and reasoning but might lack experimental proof is called hypothesis.

It's very difficult to exactly say when the Earth originated. It is because the history of human arrival is recent but some studies suggest that the earth formed about 4.5 billion Years ago. Although the current technology do not let us witness the birth of our planet by studying various factors scientists perceived about it's formation and gave different hypothesis from their perspective. This doesn't mean all scientists have same opinion regarding the formation of Earth rather they differ a lot when it comes to how did the earth originate? While most of them agree that the Sun and Earth were formed in the past tentatively at the same time, there is no such concrete evidence of how the solar system came into existence. There are a lot of hypothesis defining the birth of solar system and some of them are discussed below:

The dynamic encounter theory is the theory for the historical origin of the planets as the result of a near collision of the Sun and Comet. This theory was first proposed on 1749 by Georges Buffon (1707-1788 AD), director of royal botanical collection in Paris. Later Buffon disassociated himself from his own views, giving up his theory of the formation of the planets. According to this hypothesis the Earth along with all other planets and satellites, was formed when a comet revolving around the Universe stroke with Sun many years ago. 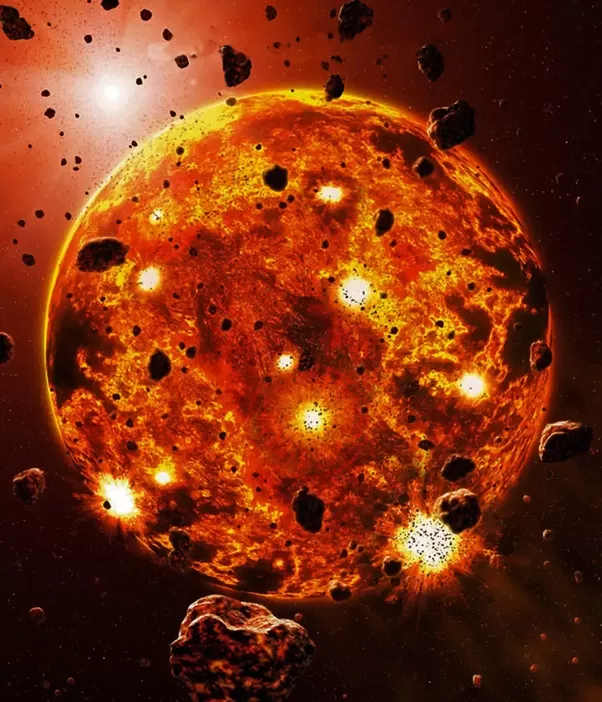 A German philosopher Immanual Kant put forward this nebular hypothesis in 1755 A.D. This was later improved or revised by the famous French Mathematician Pierre-Simon Laplace using mathematical theories in 1796 A.D. Since then it is called Kant-Laplace hypothesis.

This hypothesis states that more than 4.5 billion years ago, there were no sun. no planets, and satellites. In the space there were molecular clouds of dust and hydrogen. The molecular clouds of dust, gases and hydrogen are called nebula. The Sun and the planets of our solar system were formed from a large whirling cloud or nebula of hot gaseous mass in the sky. While revolving the nebular mass began to cool and shrunken resulting many small masses coming out forcefully that began to revolve around the larger central mass so that the large central mass became the Sun and those small revolving bodies formed the planets and Satellites. 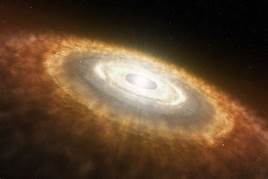 The British scientists James Jeans and Harold Jeffery in 1917 A.D. explained the origin of the solar system as a result of a close encounter between the Sun and the second star. As a result of detailed mathematical analysis, Jeans concluded that the tidal interaction between the Sun and the passing star caused great attraction and would raise tides on the Sun resulting in the loss of a single cigar-shaped filament of hot gas. Then, the tidal hot matter fragmented from the sun and the fragmented particles cooled down. These particles revolved around the sun. in this way solar system was created. 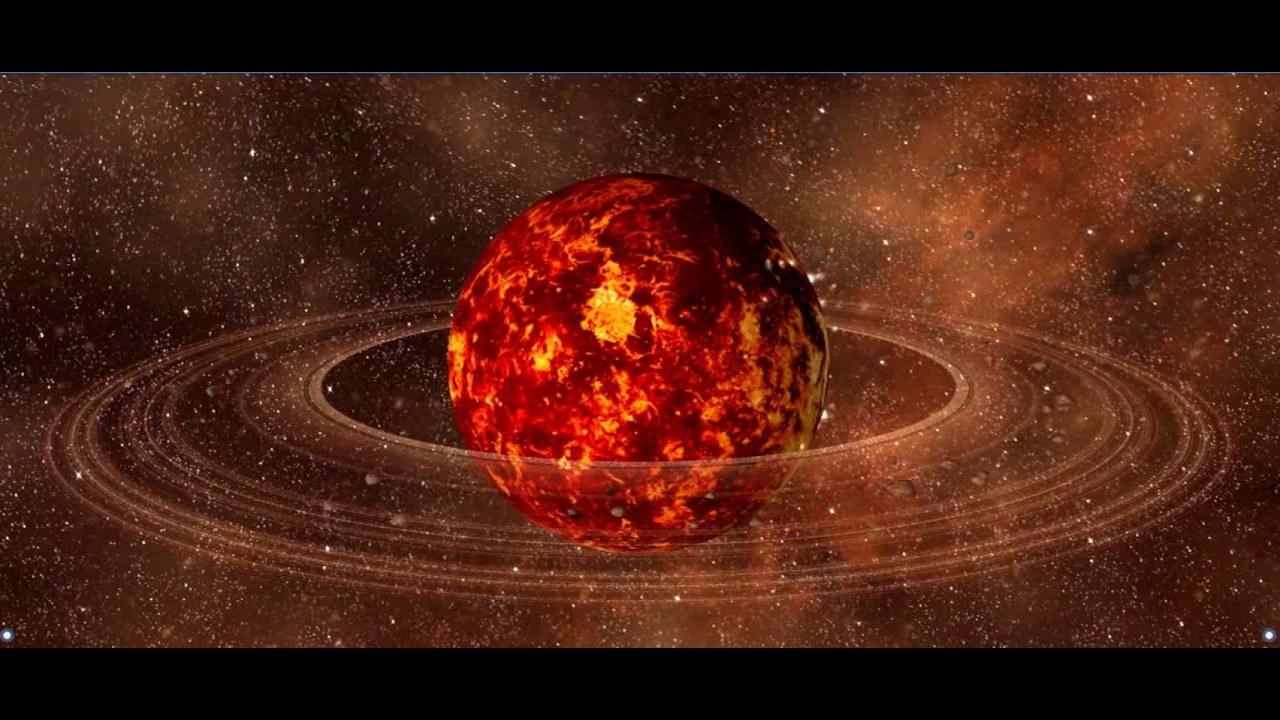 Alternatively, it states that long-long ago, the sun was also in a pair with the other star. The sun was a simple star and the other star was extra-ordinary at that time. The temperature of that extra-ordinary star was excessively increased and the star took the form of supernovae. Later this supernova exploded. Some of the matters coming from this explosion revolved around the sun due to it's gravity and the other remaining matter escaped out in the Universe. The planets and satellites were formed in this way.