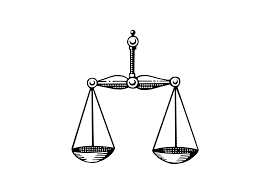 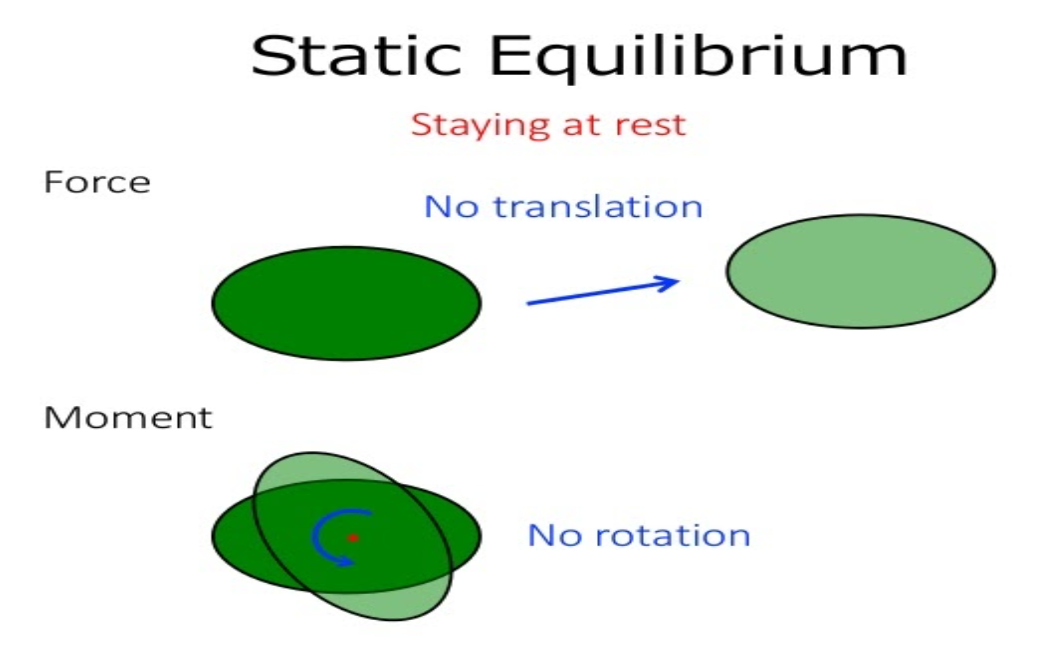 According to Newton’s second law of motion, the linear acceleration of a rigid body is caused by a net force acting on it, or 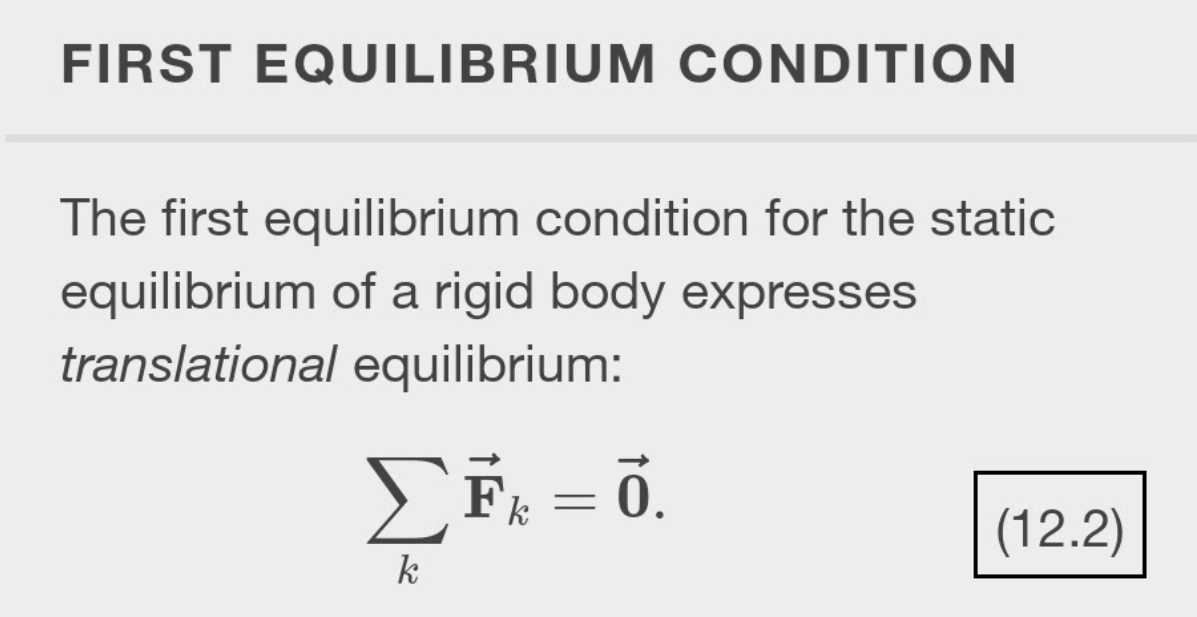 This vector equation is equivalent to the following three scalar equations for the components of the net force:

Analogously to Equation 12.1,
we can state that the rotational acceleration α of a rigid body about a fixed axis of rotation is caused by the net torque acting on the body, or

Here  I  is the rotational inertia of the body in rotation about this axis and the summation is over all torques  τ⃗ k  of external forces in Equation 12.2.

In equilibrium, the rotational acceleration is zero. By setting to zero the right-hand side of Equation 12.4, we obtain the second equilibrium condition: 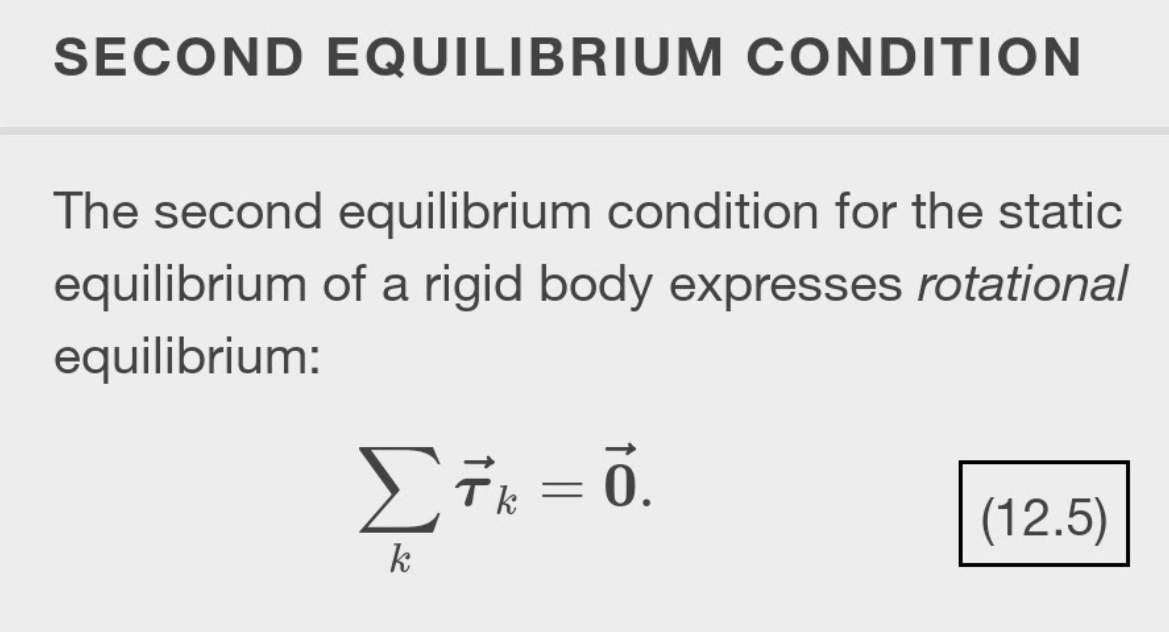 The second equilibrium condition means that in equilibrium, there is no net external torque to cause rotation about any axis. 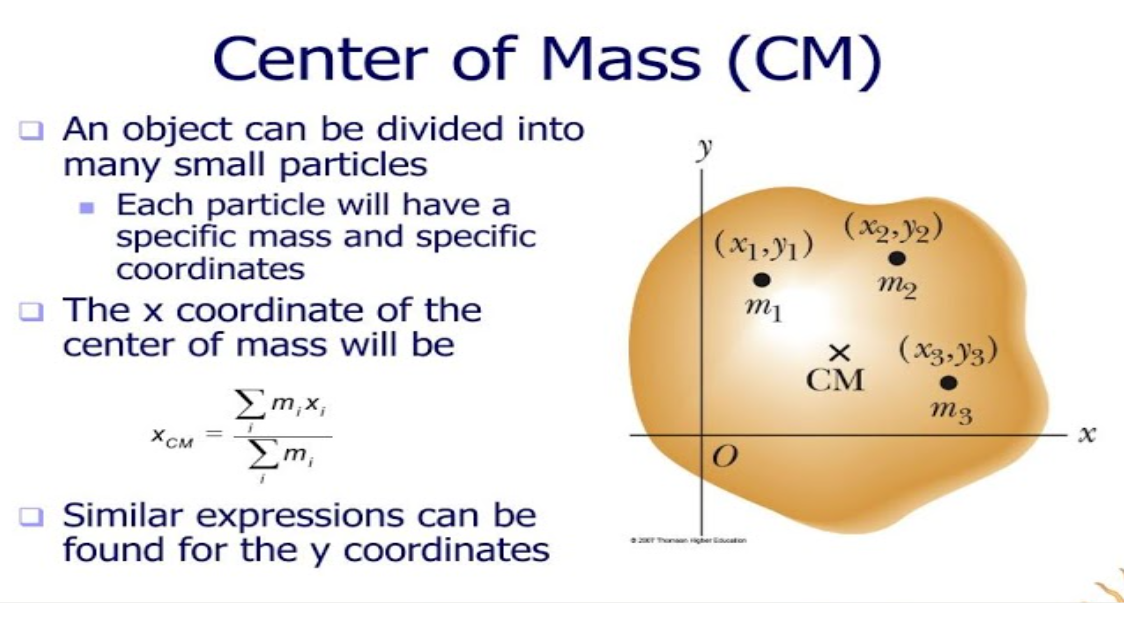 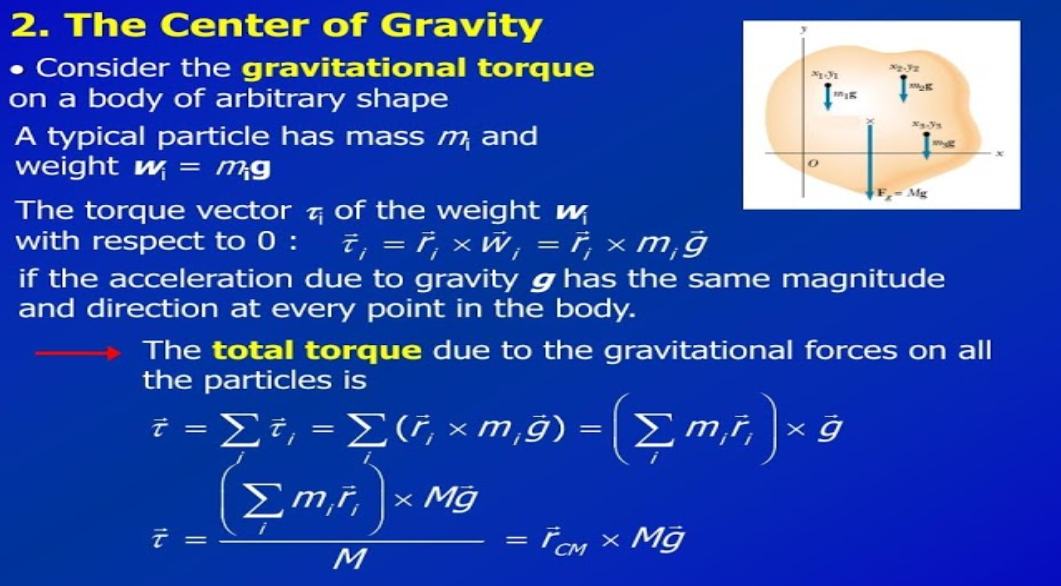 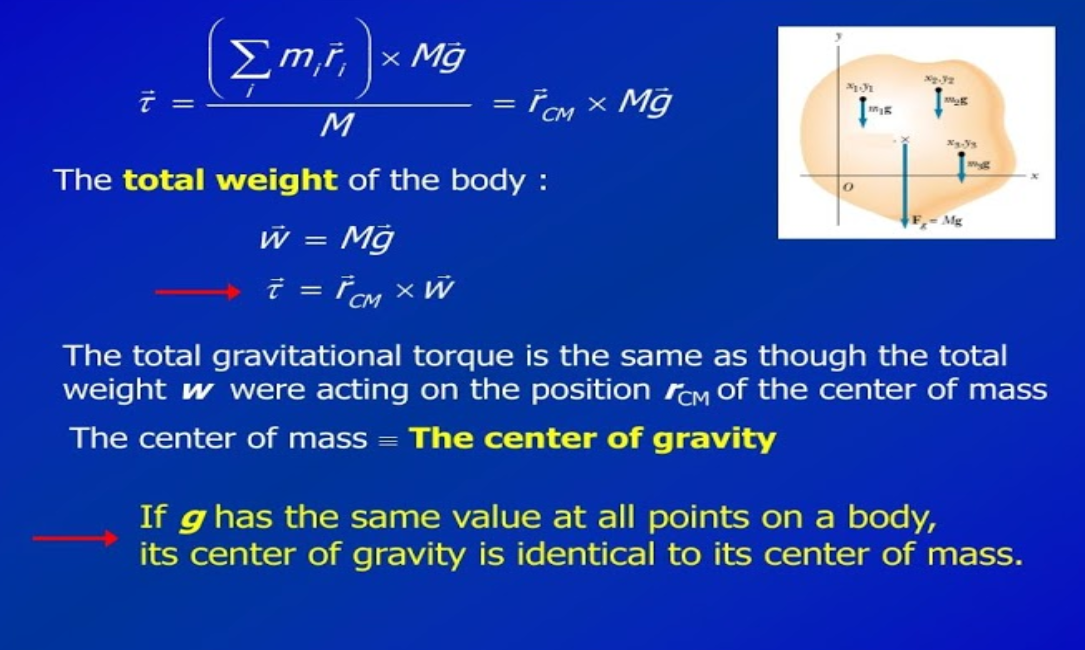 It states “if  a particle acted upon by 3 forces remains in equilibrium then each force acting upon the particle bears the same proportionality with the sine of the angle between the other 2 forces.”
So, this law is also called law of sines.

Torque due to Couple

The turning effect of a single force depends not just on the magnitude of force and its direction, it also depends on the distance from the point of application of force to the point about which turning would take place.

Moment of Force = Force * perpendicular distance from the axis of rotation to the point of application of force.

Thus, if a body is in rotational equilibrium, under the action of different forces, the sum of clockwise moments must be equal to sum of anticlockwise moments.
This is known as principle of moments.