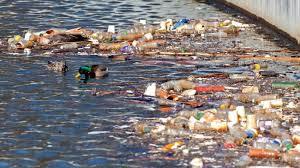 Biological oxygen demand (BOD), also known as biochemical oxygen demand, is a bioassay procedure that measures the dissolved oxygen (DO) consumed by bacteria from the decomposition of organic matter. The BOD analysis is an attempt to simulate by a laboratory test the effect that organic material in a water body will have on the DO in that water body.

The BOD test is used to measure the potential of wastewater and other waters to deplete the oxygen level of receiving waters. The test is also used to examine influents and effluents from wastewater processing facilities to compute the efficiency of operation of the treatment units.

2. It regulates your body temperature.

3. It protects your tissues, spinal cord, and joints.

4. It helps excrete waste through perspiration, urination, and defecation.

7. It aids in digestion.

8. It helps with nutrient absorption.

9. It helps you lose weight.