A visit to Black Hole 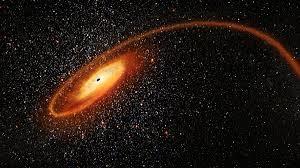 Visit to Black Hole is just a theoretical concept but what will happen after we reach Black Hole.

The points far from black hole experience it's the gravitational effect the same as those of any normal body with the same mass. If the sun collapsed to form a black hole, the orbits of the planet would be unaffected. But things get dramatically different close to the black hole. If you decided to jump into a black hole, the friends you left behind would notice several odd effects as you moved towards the Event Horizon, most of them associated with the effect of General Relativity.

If you carried a radio transmitter to send back your comments on what was happening, your friends would have to retune their receiver continuously to lower and lower frequencies, an effect called Gravitational redshift. Consistent with this shift, they would observe that your clocks (electronic or biological) would appear to run more and more slowly, an effect called Time Dilation. In fact, during your lifetimes they would never see you make it to the event horizon.

In your frame of reference, you would make it to the event horizon in a rather short time but in a rather disquieting way. As you feel feet first into the black hole, the gravitational pull on your feet would be greater than that of your head, which would be slightly farther away from the black hole. The differences in the gravitational force on different parts of your body would be great enough to stretch you along the direction towards the black hole and compress you perpendicular to it. This effect (called tidal forces ) would rip you to atoms and then rip your atoms apart before you reached the event horizon. 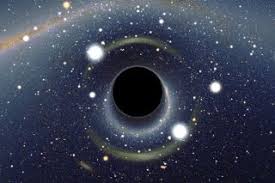