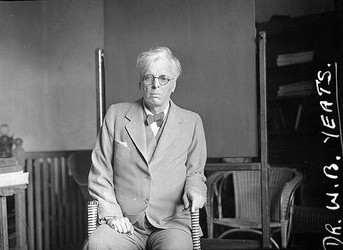 'The lamentation of the old pensioner' exposes the bitter reality of every fading youth, power, love, and vigor of life in front of TIME. Time is such a controlling force, which makes all to surrender. Through. this poem, W. B. Yeats expresses his anger towards time and finally laments for the joyful past.  He presents the reminiscences of his young life, compares them with the present old state and shows his rage to the time which changes him completely.

Yeats says that when he was young his life was enjoyful. He was among the friends, used to talk about love and politics. His chair used to be at the front. But at present, the poet is, an old man. He compares himself with the old broken tree, which can fall any time and gives shade no more. Poet says that young boys are making plans and show their rage against British domination over Irish people, but the poet only contemplates over time. Poet still remembers the beautiful women whom he used to love. But, at present no girls look at the hint, which makes him sad. Poet is not satisfied with his present situation. He feels sorry for the loss of youthful joy. Due to his old age and appearance, the young boys and girls neither love him nor take care of him. At present, he has become a lonely old wolf. Such miserable condition is caused by the time, so, the poet says "l spit into the face of time that has transfigured me".

W. B. Yeats uses refrain 'That has transfigured me' to give extra emphasis for time, which changed him front joyous youth to the miserable old person. This refrain has also created the gloomy mood of this poem, which is full of the rage of the poet.