Why is Alyohin compared to 'a squirrel in a cage'? 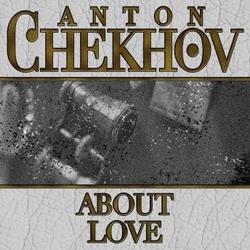 Why is Alyohin compared to 'a squirrel in a cage'?

Alyohin is a man of knowledge and language. After graduation, he enters the field to redeem his father's mortgaged land. For the man of literature and language, this is not a noble profession, He starts in the field with his preliminary great efforts. But the time and situation divert his life, He can't gear up. Instead, he is entangled in love and poverty. He appears sad and unhappy. He has his creditors to pay. He can't express his deep emotions to his beloved, Anna. He is circumstanced and succumbs to get rid of his problems. This phrase is repeated to display his realities. The way caged squirrel cant come out which he aspires for, Alyohin can't come out of his situation, I don't think that the Ivan and Burkin's reading of Alyohin is different from that of Luganovich. All these three people compare him with a caged squirrel. Though Ivan and Burkin find him, miserable lover, all there consider him a noble fellow, a man of language and literature. They all are sympathetic to him. Luganovich takes Alyohin as a poor fellow, Ivan and Burkin find him a poor creature. They want Alyohin progress and live a meaningful and pleasant life.