Prakriti Sapkota created in Waves in Pipes and Strings 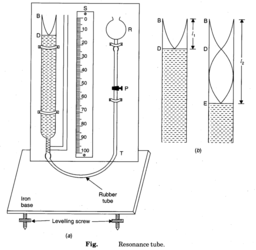 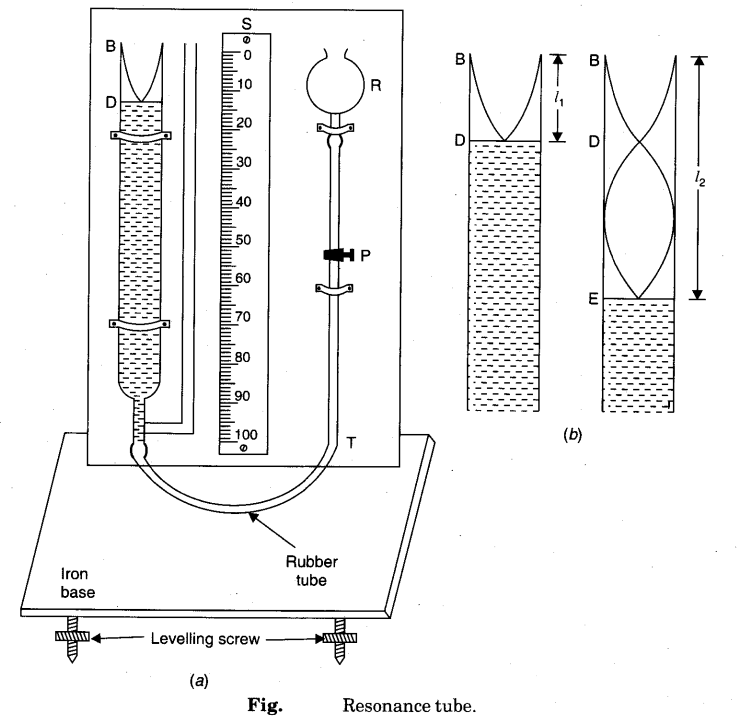 The experimental setup of resonance tube experiment to determine the velocity of sound in air is shown in figure.

Initially, to find the velocity of sound in air the water level in the tube is changed by changing the place of water reservoir. A tuning fork of frequency ‘f’ is set into vibration by striking it against the rubber pad and held it horizontal over the open end. The length of air column in the tube is increased by changing the position of reservoir in doing so, a condition is reached at which the sound heard is maximum, this condition is known as first resonance.

If l1 be the first resonating length and l be the wave length of sound when,

If U be the velocity of sound at room temperature.
Then,