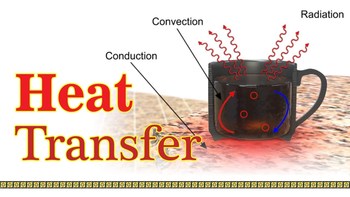 Simply heat is the sum of kinetic energy of atoms or molecules. In thermodynamics, heat means energy which is moved between two things when one of them is hotter than the other.

Heat energy can be transmitted from one point to another point in a body by three different methods: conduction, convection and radiation. 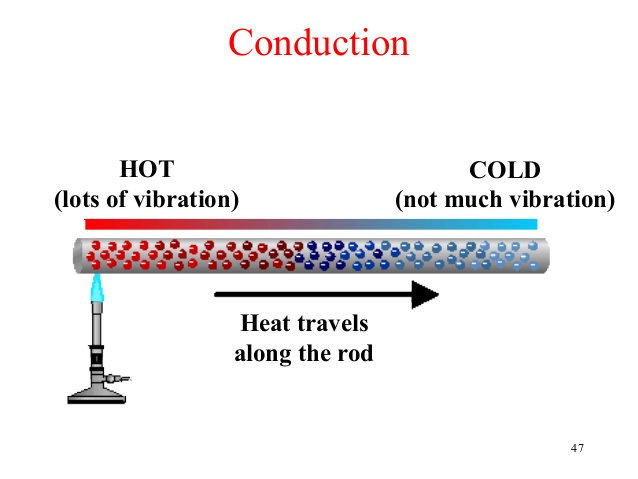 The process by which heat is transmitted from one point to another particle without actual movement of the particles of the body     ( or the medium ) is called conduction.

The materials which allow the heat to pass through them easily are called good conductor of heat.

The materials which do not allow the heat to pass through them are called bad conductor of heat.

Conditions for the conduction of heat between bodies:

The process of transfer of heat in which the heated particles actually move from one place to another place to carry out the heat is convection.

The process of transfer of heat from one place to another in absence of medium is called radiation.